What happened in the world of property movers and shakers this month? Your round-up from PrimeResi will bring you up-to-speed.

View links to the full story under each section. 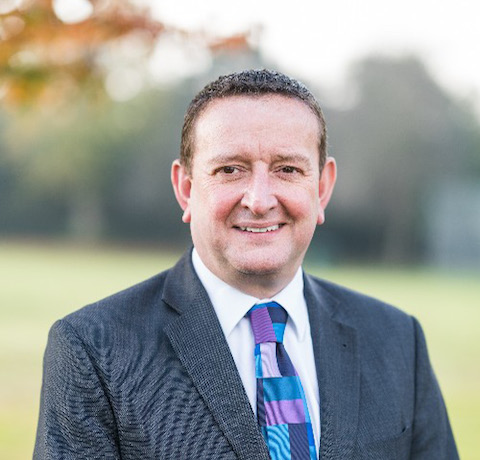 John D Wood has branched out with a dedicated new country department. The firm will now be offering its sales and lettings services across Kent, Hampshire, Sussex, Berkshire, Surrey, Oxford and the surrounding areas. Vince Dennington, who joined the JDW over nine years ago, will be heading things up as country house director. 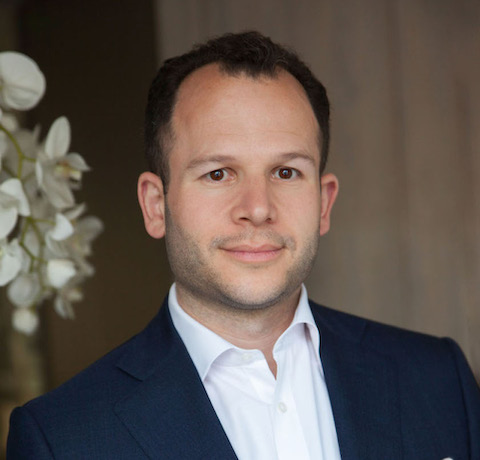 Former Aston Chase director Simon Deen has launched a new agency offering sales and acquisition services across Prime Central London. The new-build specialist joined Regent’s Park-based Aston Chase in 2004, after starting out at Brian Lack & Co, and went on to become the boutique agency’s first new director in 20 years. He was head of flat sales for eight years before stepping up as head of new homes in 2016, but left in May stating that the time had come for a “new challenge”. His new venture, Simon Deen Real Estate, will assist clients looking to buy, sell, rent or invest, promising the benefit of his experience in handling “highly complex transactions…on behalf of private individuals and both private and publicly listed companies”. 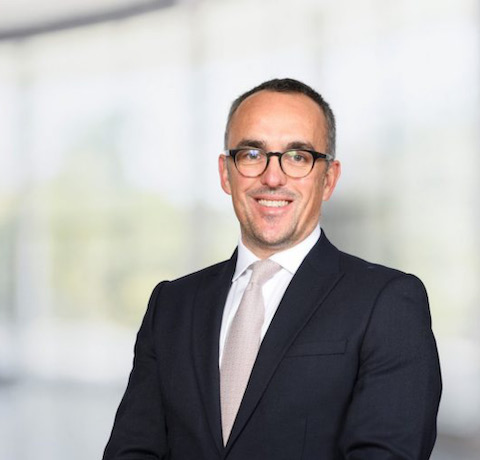 Savills has recruited Chris Shaw to head its Notting Hill office. Shaw previously worked at boutique Notting Hill agency Domus Nova for seven years, as Head of Sales, before leaving earlier this year. It sounds as though Shaw has bounced around a few options since leaving Domus Nova. He joined broker-style estate agency YouHome in June, and then did a four-month stint as Regional Partner with Garrington Property Finders from July. 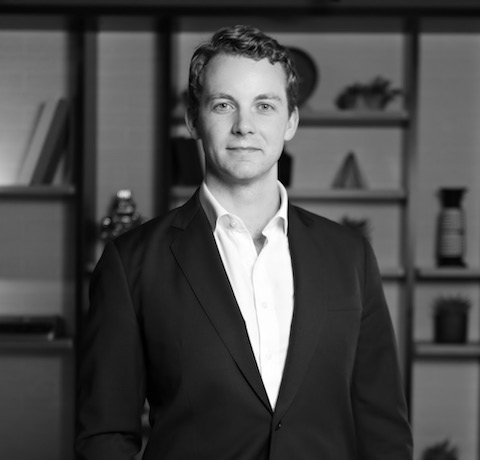 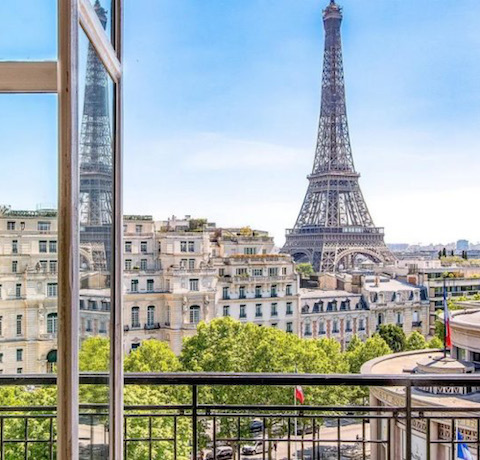 Knight Frank has also decided to launch its first resi operation in Paris, France. The firm has teamed up with well-known local agency Junot to offer both sales and bespoke search services. Former opera singer and third generation realtor Alison Ashby will be heading up the six-strong, multi-lingual team. 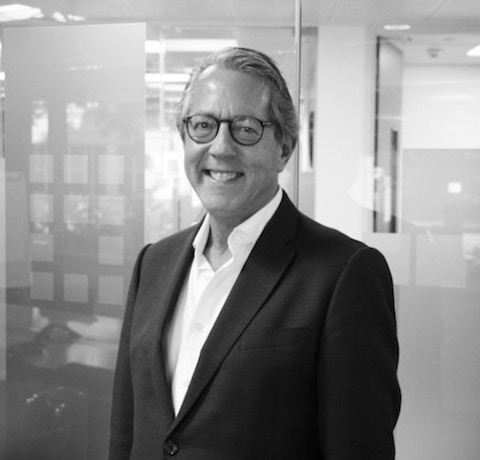 Marsh & Parsons has hired a longstanding member of Kay & Co’s sales team to head up its Marylebone and Mayfair operation. Paul Sulkin, who describes himself as “Mr Marylebone”, has joined the 31-branch agency after two decades at his former firm. 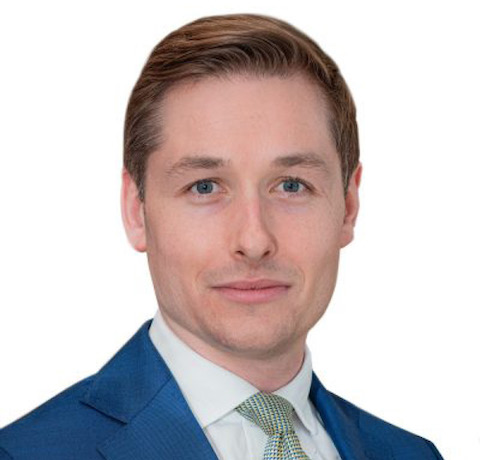 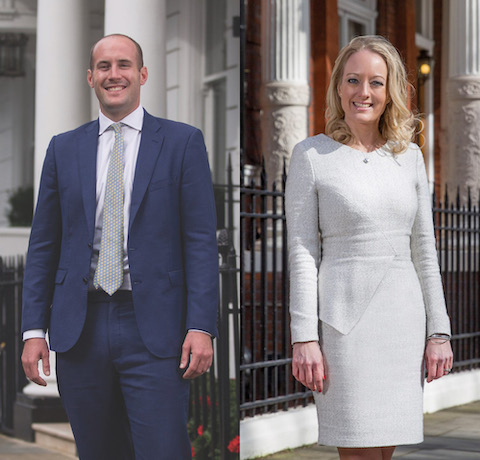 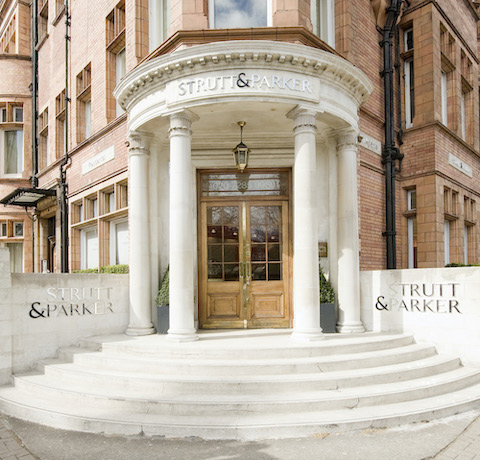 BNP Paribas-owned estate agency Strutt & Parker is combining its long-established Chelsea SW3 residential team with its Knightsbridge operation, in the firm’s flagship office at 66 Sloane Street. Jonny Inglis and his team will continue to run the SW3 side of things from Sloane Street, and James Forbes and his team will continue to focus on Knightsbridge and Belgravia from the same address. Nina McDowall is heading up lettings across the whole patch. 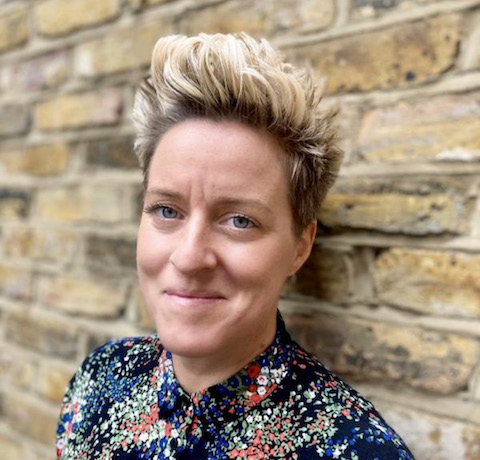 Kinleigh Folkard & Hayward has hired Sophie Danes as Head of Lettings Management. She joins from build-to-rent operator Get Living, where she ran operations at East Village at the former Olympic park in Stratford. Danes previously spent three years at Knight Frank, where she was a Partner and Head of Property Management. Before that, she was Head of Residential Management at CBRE and at John D Wood. 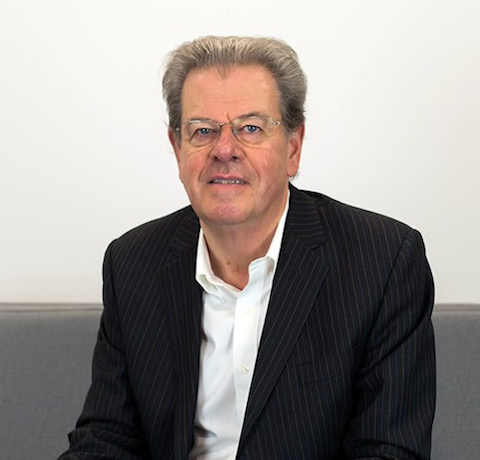 Private equity firm Alchemy is set to pump £90m into estate agency and property giant Countrywide Plc, as part of a “recapitalisation of the business”, which is at “a critical inflection point”. The investor would become the firm’s controlling shareholder, and is insisting on a reshuffle of the company’s top table, with a “streamlined” Board and new management. If it all goes ahead Chairman Peter Long will be removed, and a new CEO will be recruited in place of current boss Paul Creffield. 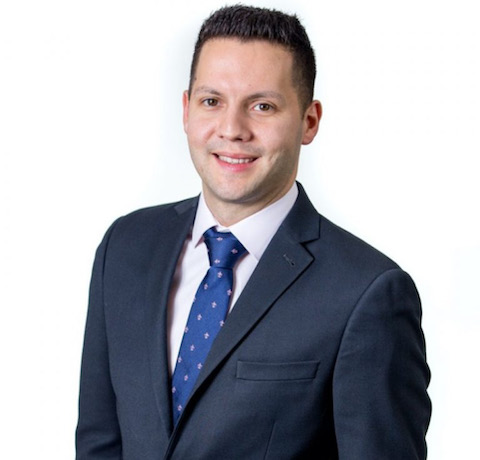 Property consultancy outfit Ringley Group has launched a new luxury estate and block management service, focused on Prime Central London. “Ringley Prime” is being led by Lee Gregori, who joins from Warwick Estates Property Management, where he was an associate director and previously head of development operations. 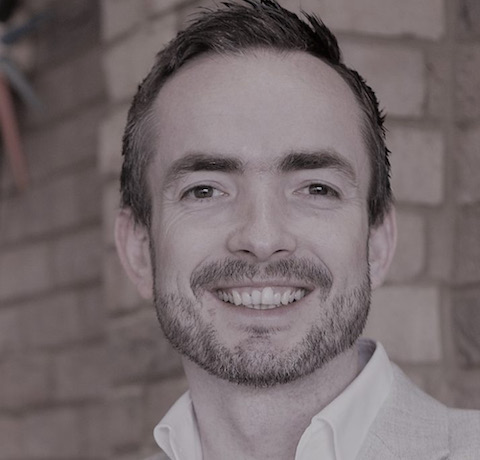 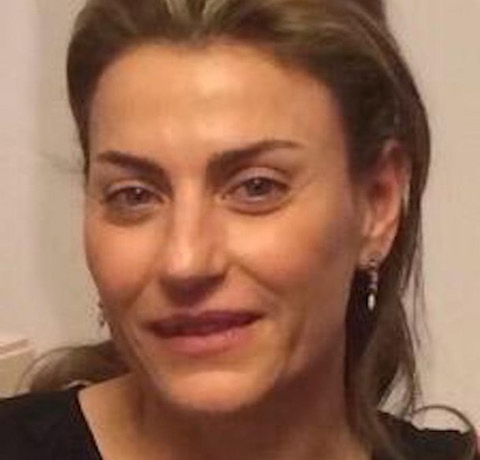 National estate agency Mr & Mrs Clarke has recruited three new names to its ranks, covering prime London, Essex and Birmingham. All three are “brand new to the industry”. Tatiana Khoury Naayem has joined as an Associate Partner, covering chunks of Central and West London, primarily Chelsea, South Kensington and Holland Park. Tom West and Dan Day are on board as Partners, serving the Essex and Birmingham areas. 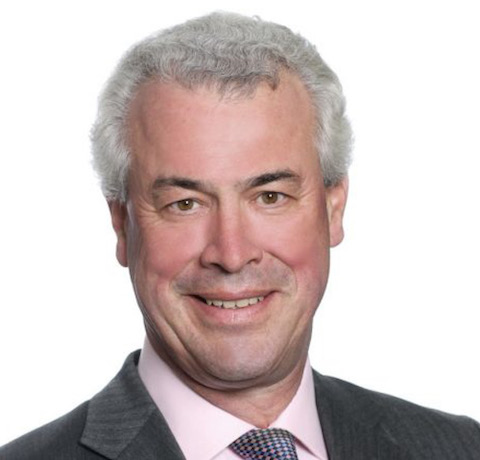 Carter Jonas has elected James Bainbridge as its new chairman, taking over the role from Simon Pallett in November. Colin Brown will take over from Bainbridge as head of the planning and development division. Pallett will be staying with the firm as a partner, working with his rural clients from Winchester. 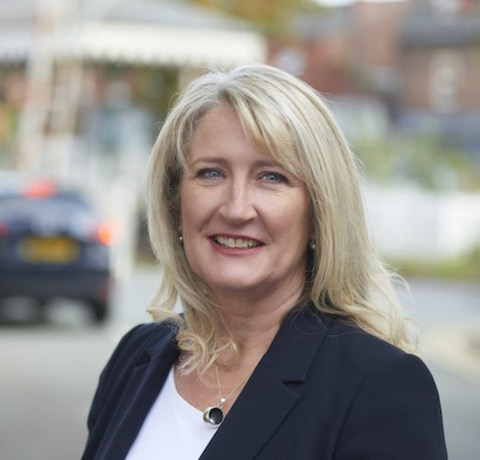 A new estate agency has launched in Cheshire, covering a prime patch around Hale, Hale Barns and Bowdon. Pitched as a “luxury hybrid” agency, Hale Homes has been set up by Jackie Atkins, who’s previously worked as an estate agent in the area for 12 years, including stints with Gascoigne Halman, Jackson Maunders, Jordan Fishwick and, most recently, North-Western lettings agency The Property Man. 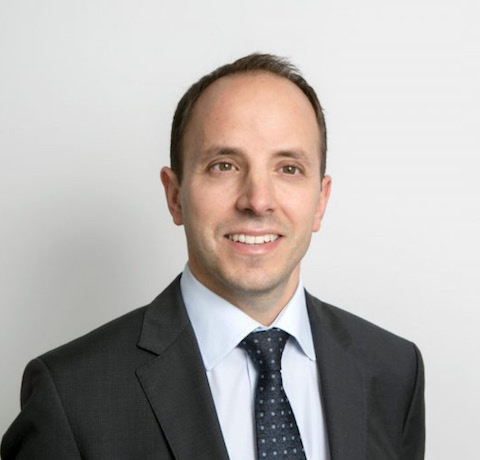 Lendlease man Rob Heasman has been brought in as Chief Executive of The Earls Court Development Company, responsible for helming the massive Zone 1 regeneration project on behalf of joint venture partners Delancey and Transport for London. Heasman had been with Lendlease since 2010, running the development of Euston as Managing Director for two years, and steering the £2bn, 28-acre Elephant Park scheme for eight years as Project Director. 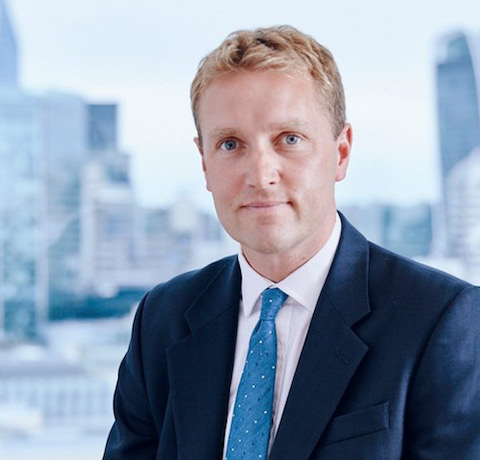 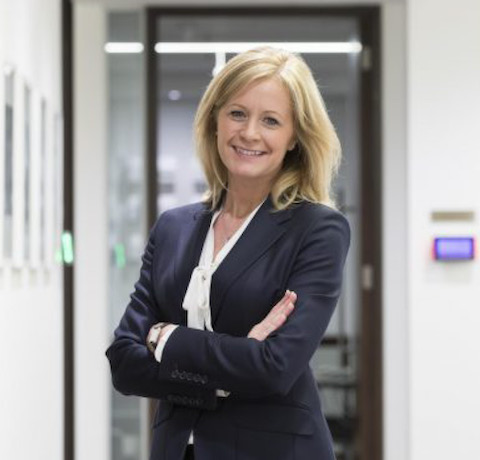 Land Securities has hired Grainger’s Chief Financial Officer Vanessa Simms as its next finance chief. Simms has been with Grainger since February 2016, having previously worked as Deputy CFO at Unite Group, and UK finance director at SEGRO. She’s due to take over from Landsec’s existing CFO Martin Greenslade no later than June 2021. 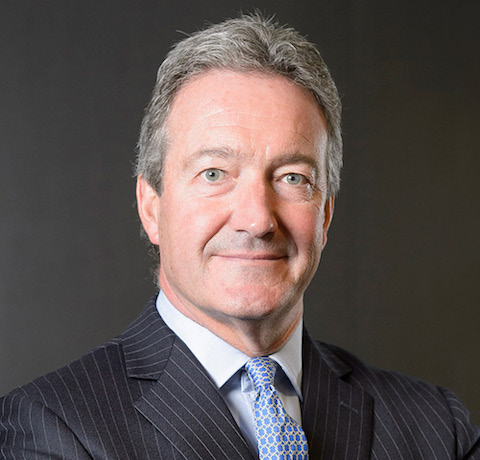 CBRE’s chairman of the APAC/EMEA advisory services division, Martin Samworth, has announced he will be stepping down at the end of the year. 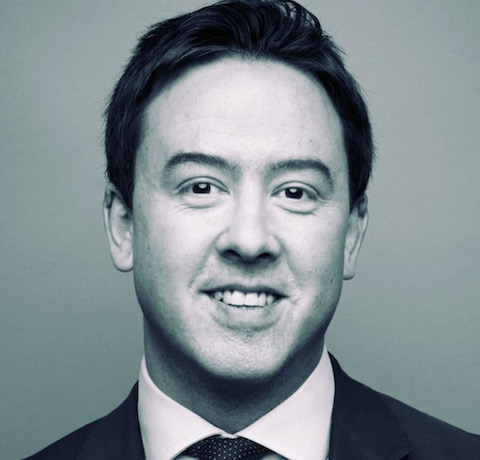 13-year Knight Frank veteran Jason Hobbs is launching a new development consultancy and land agency covering the South East and London. Halifield Land is based in St Albans and will offer land and development advice to both landowners and developers. 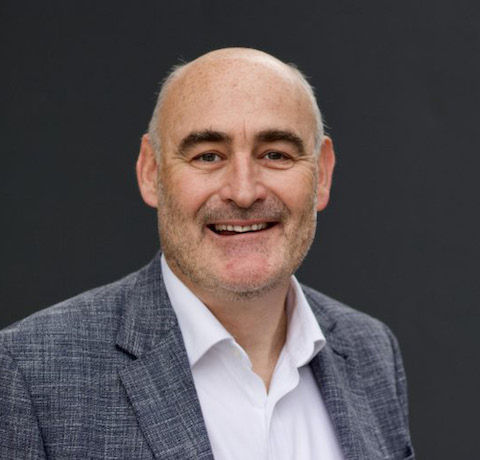 Offr, the Irish proptech platform aiming to “digitise the buying and selling process”, has hired ex-Hamptons International man Peter Everett as head of agency. Following a 25-year stint at GA PropertyServices/Your Move, industry veteran Everett has spent the last decade at Hamptons, latterly as head of country sales in charge of 50 branches outside of London. 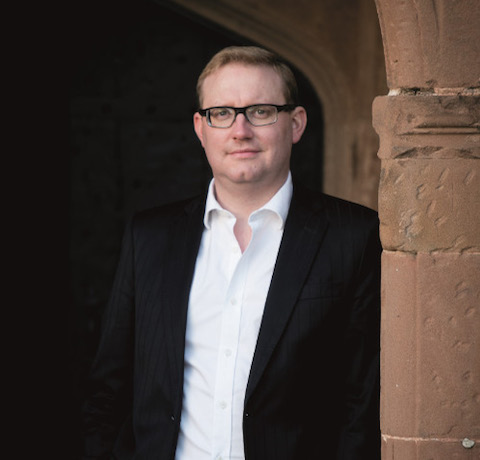 Rightmove has hired the former boss of Propertymark’s lettings division, David Cox, as legal and compliance director. Cox, a trained barrister, left ARLA rather suddenly in July, having been in charge since January 2014. 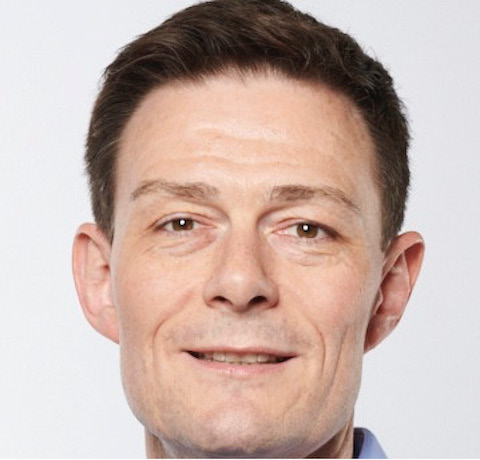 ULS Technology Plc – which operates Proptech offerings including conveyancing platform DigitalMove, service comparison service eConveyancing, and own a chunk of HomeOwnersAlliance – has hired a new CEO. Jesper With-Fogstrup joins from HSBC, where he was Global Head of Digital as a Channel. Before that, he was COO of ComparetheMarket.com and CEO of laterooms.com. He is due to start in early 2021. 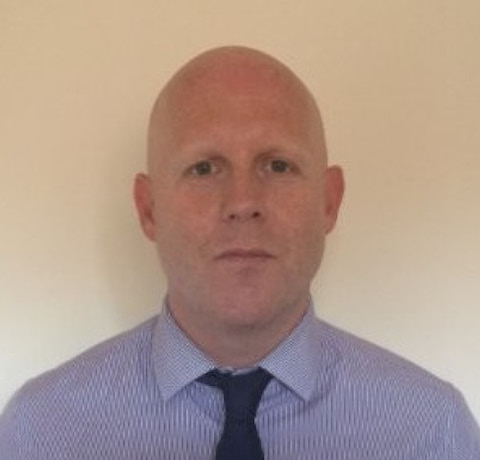 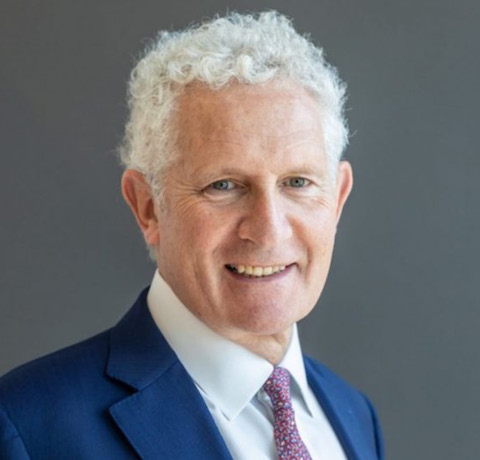