What were the key recruitment moves that kicked off the new decade? PrimeResi brings LonRes the latest. Links to all stories can be found at the end of each section. 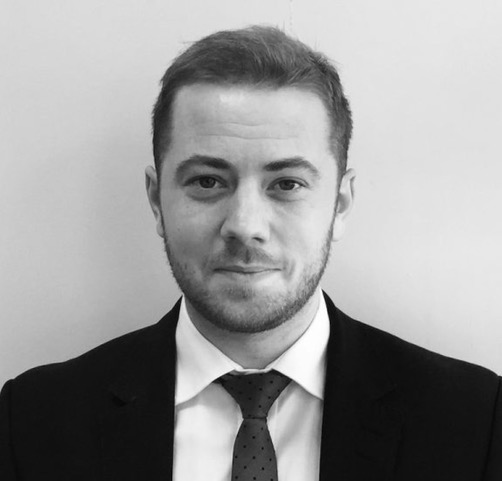 Chestertons has appointed Adam Jennings to run its network of lettings operations across South West London. Following stints at Foxtons, ZPG and James Anderson, Jennings joined the agency in 2015 to manage the new Wandsworth office, before moving over to head up the lettings department in Chelsea and taking on the role of area director. He’s now in charge of ten branches. 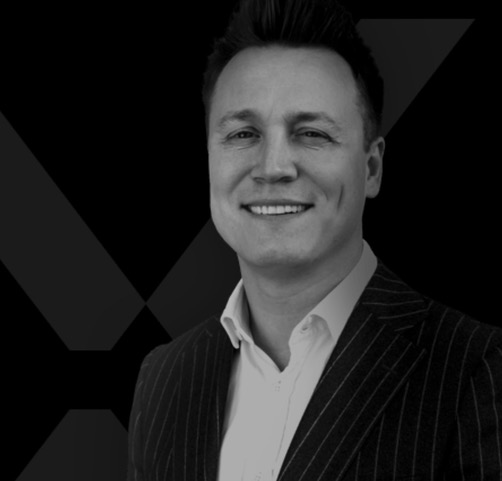 Alexander Wall has left boutique PCL estate agency Napier Watt to set up his own Marylebone-based venture, Xander Prime, which will offer a range of services including acquisitions and managed sales. Wall, who spent nearly a decade running his own property development company before joining Napier Watt in 2016, promises to help buyers source the “best prime residential property globally”. 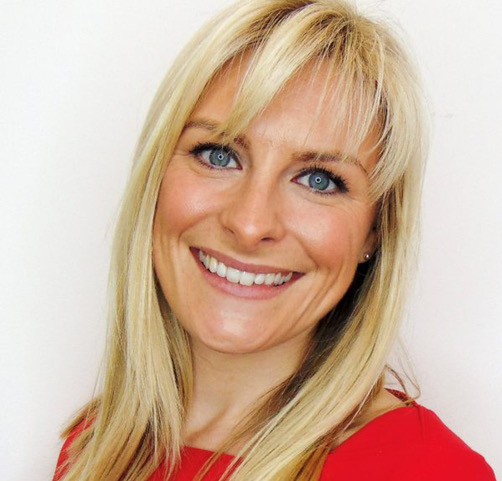 Nicky Stevenson, former Managing Director of the Property Academy and Market Centre Director at Keller Williams UK, has joined the management team at upper-end estate agency Fine & Country - leaving KWUK after just eight months. She is now based out of Fine & Country’s flagship Park Lane office, with a remit to “further grow and expand” the brand’s presence both within the UK and overseas. 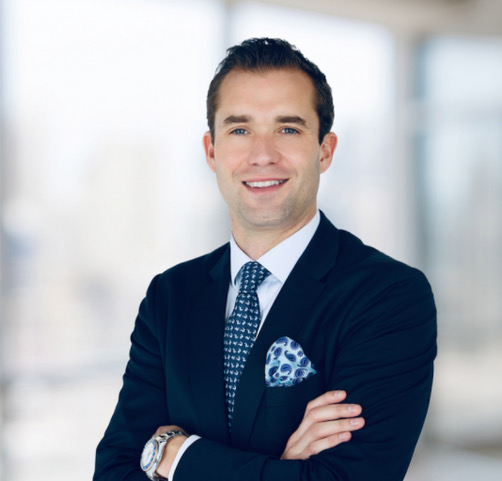 Savills has recruited a new sales boss in the Middle East, hiring Stan Ennor-Glynn as Head of International Residential Sales from JLL. Ennor-Glynn was Director of MENA region at JLL, and previously worked for Berkeley Homes and Marsh & Parsons in London. He is now based out of Savills’ Dubai office, leading the firm’s International Residential division across the MENA region. 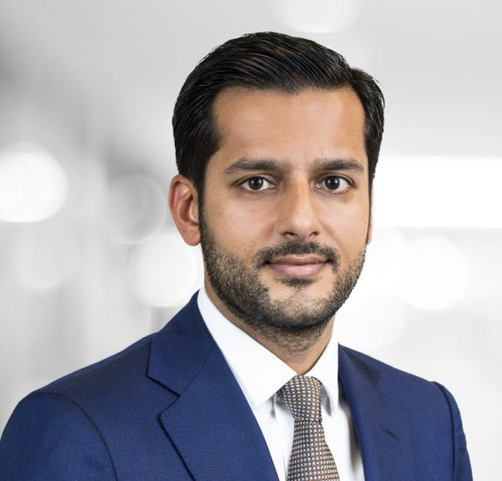 CBRE has hired a new head of UK research. Hemant Kotak joins from the London office of Green Street Advisors, where he was MD and co-head of European real estate research. He’ll now be in charge of leading CBRE’s West End-based research team. 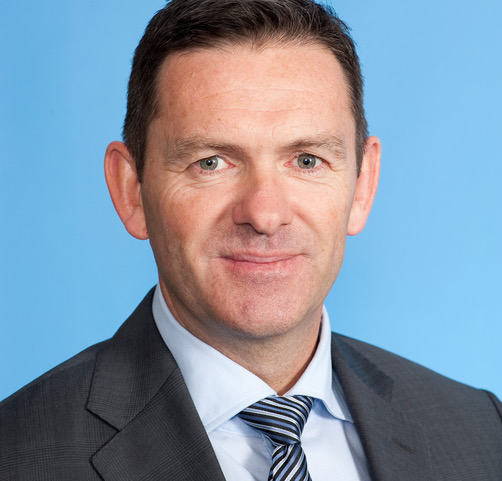 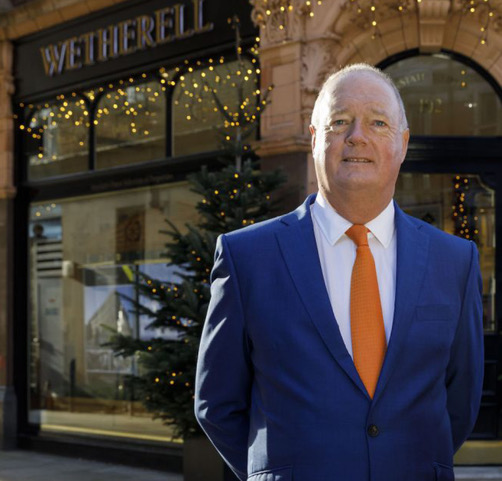 INTERVIEW: Peter Wetherell on the Dexters deal, industry standards & turning Mayfair’s boardrooms back into ballrooms. PrimeResi catches up with the ‘Mayfair Guru’ in the wake of his firm’s tie-up with Jeff Doble’s Dexters, to discuss how the partnership came about, and what the future holds for one PCL’s most recognisable luxury agency brands… 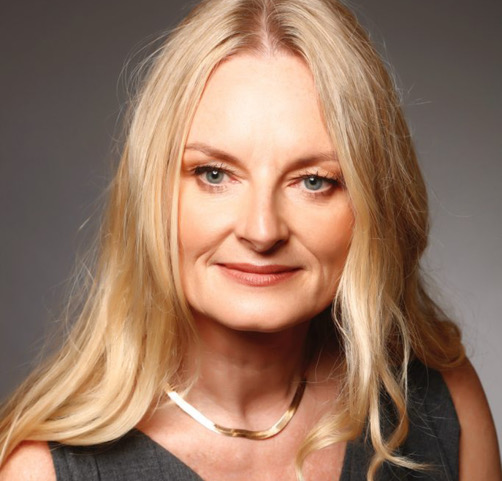 Former Savills Director Sarah Birch has launched a new property consultancy in Prime Central London. SJ Birch & Co will focus initially on private client acquisitions, but will also offer a managed sales advisory service, along with property investment advice, rental sourcing, and redevelopment and layout design advice. Birch spent the last 12 years with Savills, during which time she transacted on £1.25 bn-worth of homes as part of the Central London Prime House sales team, based in Kensington. Former Chestertons Director Matthew Jackson has launched a new venture, Oakmont Private Office, which will operate primarily as a buying agency covering prime London, Monaco and the Côte d’Azur. Jackson was formerly a Director and Head of UK New Homes & Investment at Chestertons, moving on to “freelance” estate agency Harding Green in 2018. He has set up his own business after “noticing the quality of service for premium property owners has dwindled over recent years.” 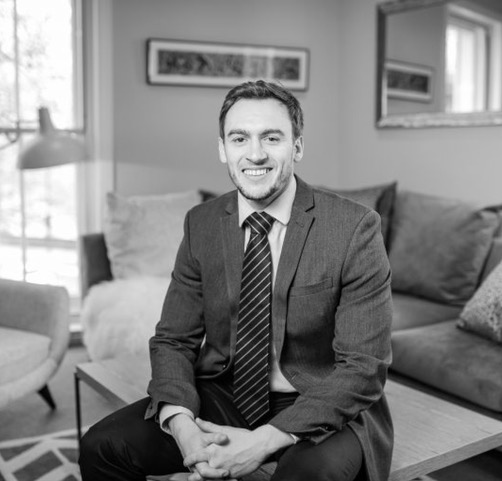 Property investment advisor and buying agency London Central Portfolio has named Liam Monaghan as its new Managing Director. The former letting agent, who joined Naomi Heaton’s firm in 2013, steps up from the role of head of lettings and property management. 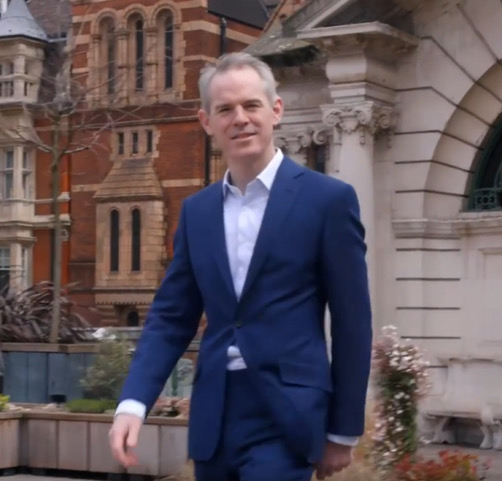 Grosvenor Group unexpectedly announced the departure of GBI Chief Executive Craig McWilliam in January. McWilliam, who had been due to step up as Group Chief Exec later this year, has left for “private reasons” and by mutual agreement, according to a statement released by the firm. Current Executive Director of the London Estate, James Raynor, has taken on his role with immediate effect, instead of in September as planned. 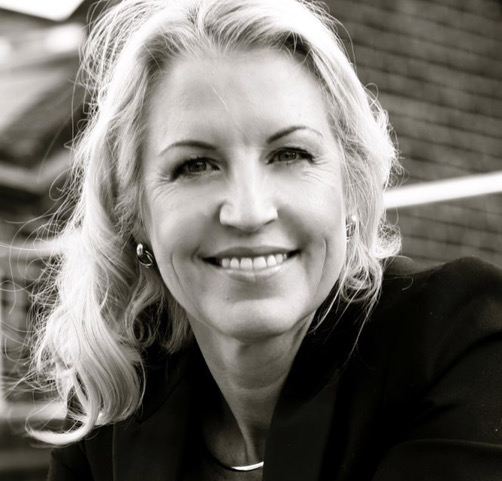 Surrey-based luxury home builder Octagon Developments has launched a new in-house interior design offering, recruiting Rachel Hall to run the show. Hall has previously worked with Hill House Interiors, Concept Interiors, and run her own FF&E studio. She will be working alongside Octagon’s Bespoke division to provide “a complete end-to-end design and build service” for clients, as well as to Octagon home buyers in need of interiors advice. 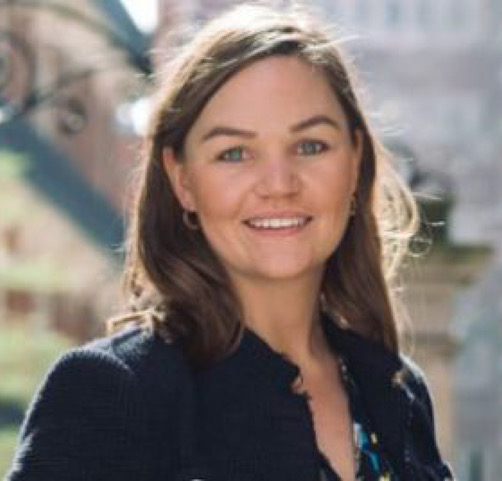 Grosvenor Britain & Ireland has installed its first Director of Sustainability & Innovation as it looks to hit some ambitious environmental goals by the end of the decade. Tor Burrows has been selected for the new role after working at GBI for nearly a decade, most recently as Director of Placemaking. Her new role will involve serving on the business’ Executive Committee and leading a team that combines the current sustainability and innovation functions. 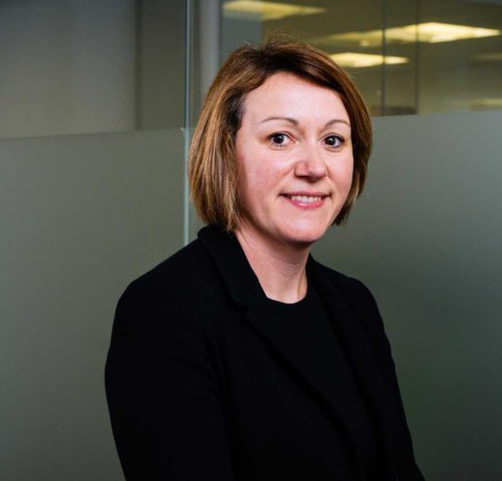 Urban Splash’s modular housing joint venture with Japan’s biggest housebuilder Sekisui House and British Government quango Homes England, “House by Urban Splash”, has added a brace of big names to its team. Claire Kober takes on the role of Independent Director and Chair of the Board, with a remit to “help House by Urban Splash upscale its creation of homes using modular methods of construction.” Laing O’Rourke veteran Mark Shirburne-Davies also joins as director; he has been tasked with marshalling the delivery of more than 400 new modular homes at the Northstowe new town in Cambridgeshire. 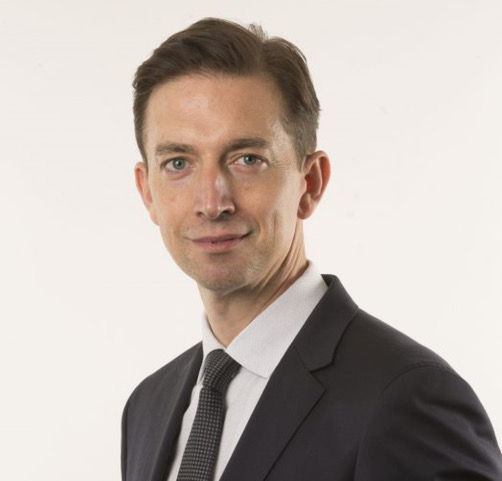 National property developer Countryside has promoted Mike Woolliscroft (pictured) to Chief Executive of its Partnerships South division, which specialises in regeneration of public sector land in London and the Home Counties. Daniel King has been promoted to take over as Managing Director of the Partnerships West London division. 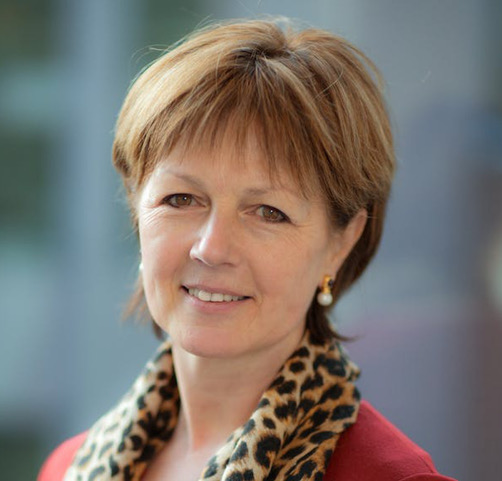 Westminster has elected Rachael Robathan as its new leader, tasked with delivering the council’s ambitious City Plan. Robathan, who has represented the Knightsbridge and Belgravia ward since 2010 and has sat on the finance, children’s policy and planning committees, takes over from Nickie Aiken. 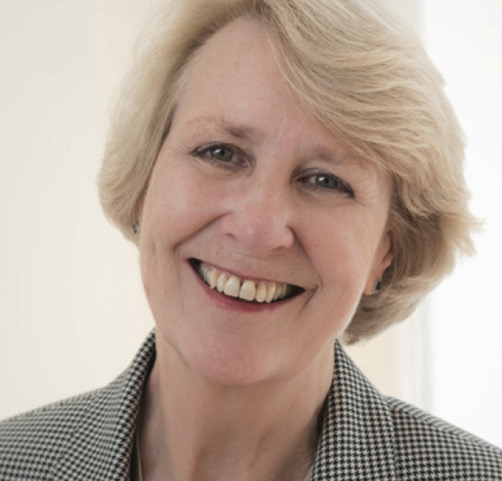 Katrine Sporle, Chief Executive of The Property Ombudsman, will step down from the role in November 2020 after five years. TPO has already launched the recruitment process to find a new chief and Ombudsman, with application closing on 18th February. Sporle’s current Deputy Jane Erskine (appointed in January 2017) is likely to be a strong contender. 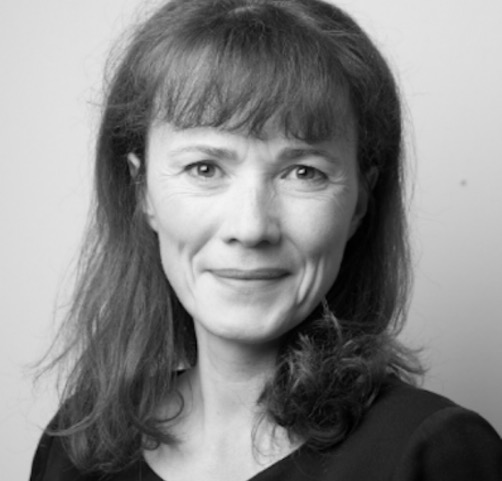 The Westminster Property Association has elected Olivia Harris, Chief Executive of affordable housing charity Dolphin Living, as its new Chair. Paul Williams, Chief Executive of Derwent London, will be Vice Chair for the next 12 months, before taking over as Chair in 2021. Brian Bickell, Chief Executive of Shaftesbury, takes up the newly created role of Deputy Vice Chair. The leadership shuffle follows the departure of previous WPA Chair Craig McWilliam, who stepped down after unexpectedly leaving his role as Chief Executive of Grosvenor GBI. McWilliam will continue to support the work of the WPA’s Policy Committee in an advisory capacity. 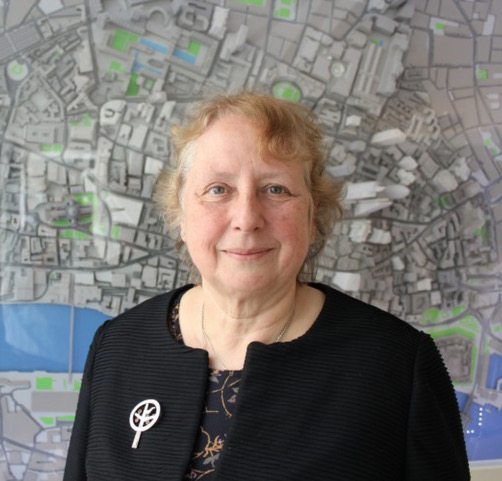 The City of London Corporation

The City of London Corporation’s Chief Planning Officer, Annie Hampson OBE, has announced that she will retire at the end of March 2020; the City Corporation is now on the prowl for a replacement.