The Headlines: January 2021 Movers & Shakers, brought to you by PrimeResi. Links to the full stories can be found at the end of each section. 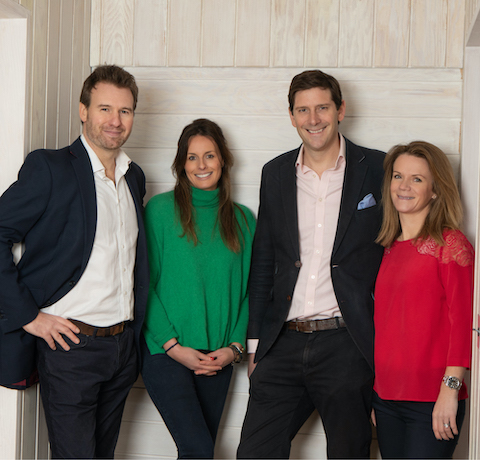 The former sales chief at Battersea Power Station and a top Savills agent have taken up senior positions at boutique buying agency Hutton Bubear. Mark Hutton and Charlie Bubear have joined the firm founded by their respective partners, Catherine Hutton and Alice Bubear. The plan is to grow the formerly country-focused acquisition outfit into a multi-disciplinary operation with services including development consultancy and PCL sales. Hutton had been running the sales programme at Battersea Power Station since 2015; he previously held high-level roles at Douglas & Gordon and Savills. Bubear has joined – also as managing partner – from Savills, where he headed up sales for the Chelsea and Earl’s Court offices. 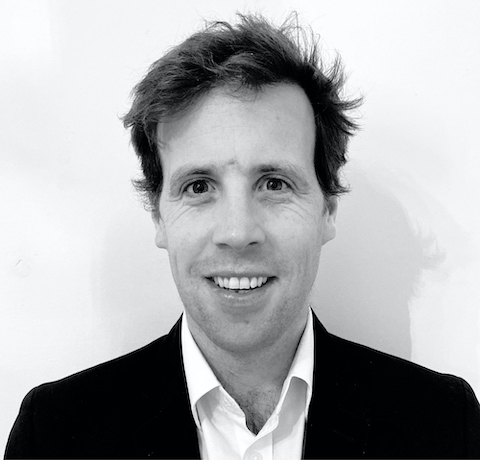 Property Vision has expanded its coverage of the UK’s country market, launching a new arm in the North West of England headed up by former Strutt & Parker agent Edward Lucas. The new outpost covers Cheshire, Shropshire, Lancashire and Staffordshire. 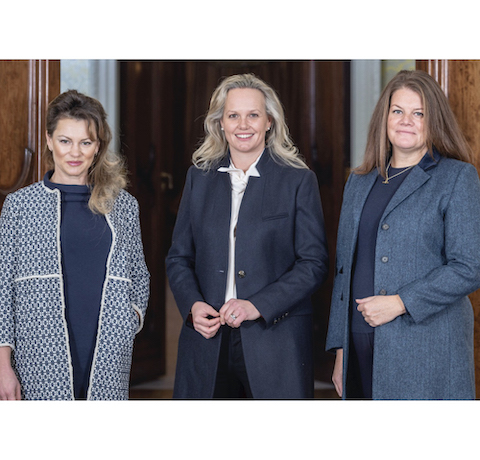 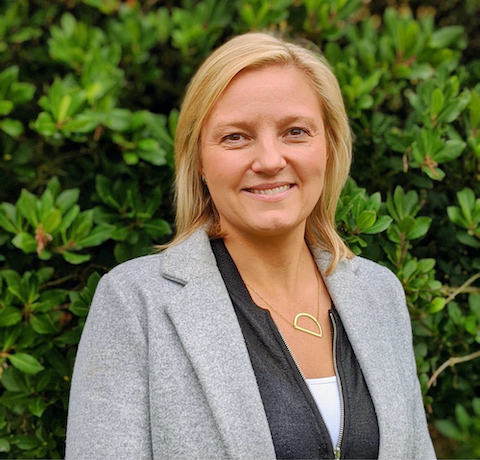 Savills director-turned-buying agent Richard Winter has boosted his team with another hire from his former firm. Deborah Moriarty has joined to boost coverage across Surrey, having previously headed up several Hamptons offices including Richmond, Kew and St Margarets, before becoming a director at Savills in Weybridge. 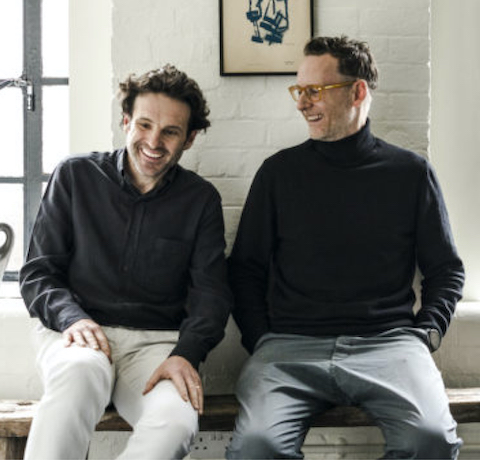 The Modern House and Inigo

The team behind design-led estate agency The Modern House are launching a new offering for buyers and sellers of “marvellous historic homes” across the UK. Matt Gibberd and Albert Hill have set up Inigo, named after C17th architect Inigo Jones. Gibberd and Hill will running the show alongside senior directors Emma Mansell and Rosie Falconer, with input coming from a panel of “creatives and thinkers” known as The Guild; fashion designer Charlie Casey-Hayford, ex-Vogue editor Lucinda Chambers and Duncan Campbell of design studio Campbell Rey have already been signed up. 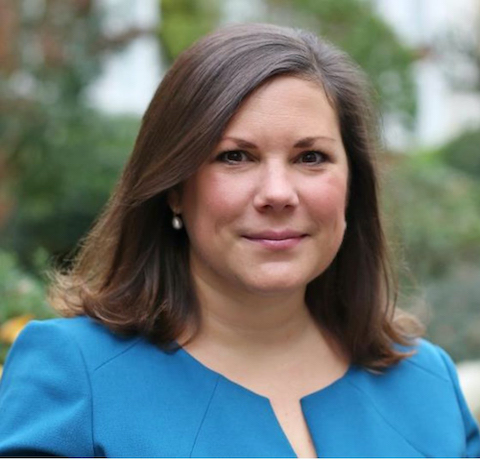 John D Wood has started 2021 with two senior appointments, naming Jane Jenrick as Head of Lettings, and Hayley Parnell as Property Management Director. Jenrick has been in the business for nine years, most recently as Regional Director for Central London. Parnell has worked for Countrywide Plc for the last six years, with the last two as Director of Property Management in the Premier & City London team. 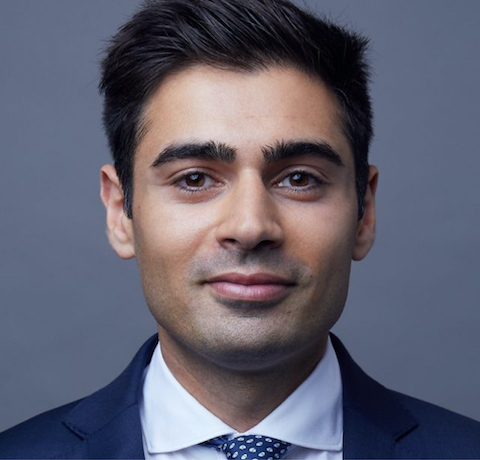 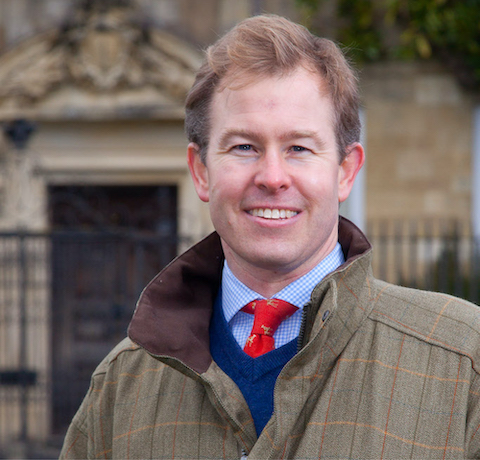 Savills has recruited a new sales head at its base in Salisbury. James McKillop, who started out at the agency as a graduate in 2007, has made a return after almost nine years with Knight Frank. Purplebricks and The Agency UK

A trio of senior Purplebricks alumni have launched a new “hybrid” estate agency, operating a self-employed model and covering England’s southern counties. Steph Walker, Andy Vass and Mark Bruce were part of the original team that helped establish PB as Britain’s biggest online estate agency. They have now teamed up to launch The Agency UK in the south of England, with ambitions to expand across the UK within the next year. 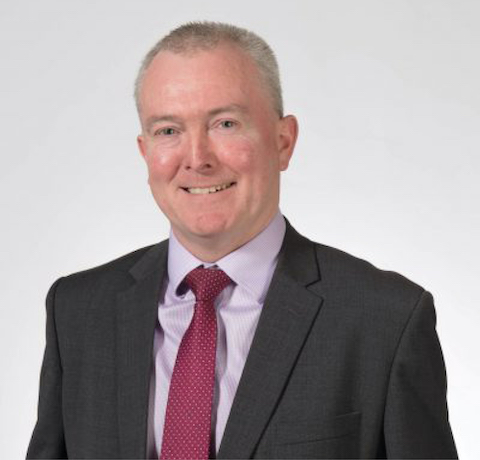 Scottish property firm DM Hall has appointed a new Managing Partner, as Eric Curran steps down after six years in the post and 43 years with the 25-branch company. Company veteran John McHugh is now in charge, but Curran will continue to work in “a supporting role” at the firm through 2021 to smooth the transition. 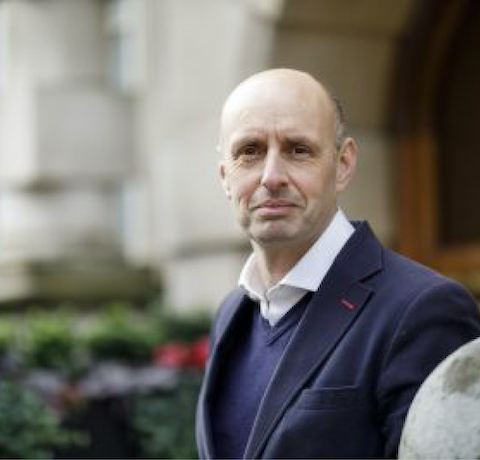 Grosvenor Estate alumnus Mark Tredwell has joined Prime Central London property developer REDD as Head of Development. Tredwell moves from Oar Estates, where he was a development consultant. He previously spent 13 years with the Grosvenor Estate, most recently as Residential Project Director. 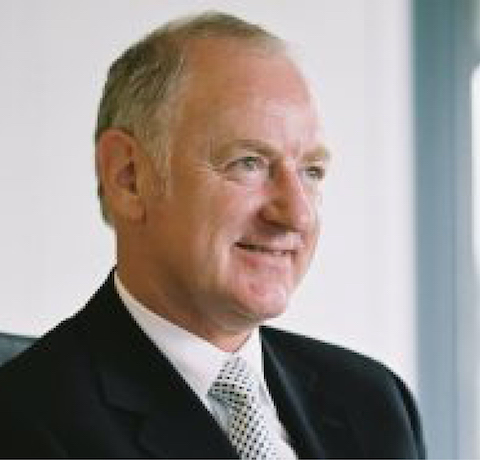 The Octagon Group’s executive chairman Colin Tutt is to retire after 35 years with the mansion-builder. After joining in 1986 from George Wimpey, Tutt worked his way up from development manager to development director and had a seat on the board by the age of 31; he served as CEO from 2001 until 2017. He will step down at the end of March. 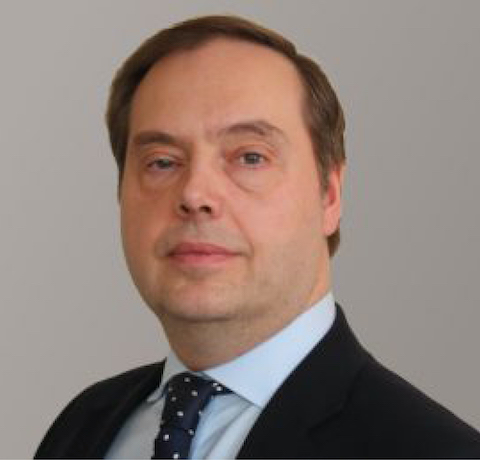 Delancey has recruited Zeynep Fetvaci as Head of Business Development & Investor Relations. Fetvaci joins from JLL, where she was a Managing Director and co-head of the Global Funds Advisory Team in EMEA. 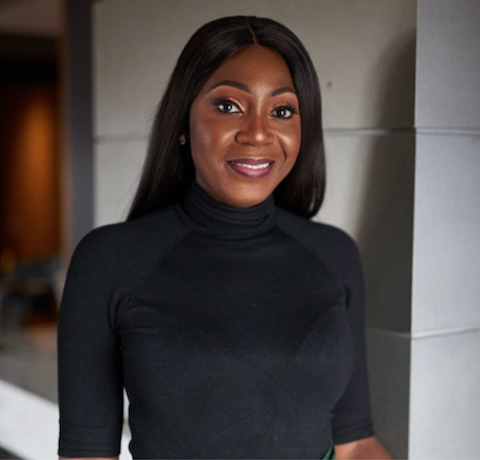 A new investment firm has launched, targeting serviced accommodation assets in Prime Central London on behalf of high net worth investors from Africa and around the world. Wetherby Real Estate has been set up by Zambian-born Barbara Chanakira, founder and CEO of the Mayfair-based buying agency Eaton Property Consultants, which has been running since 2011. 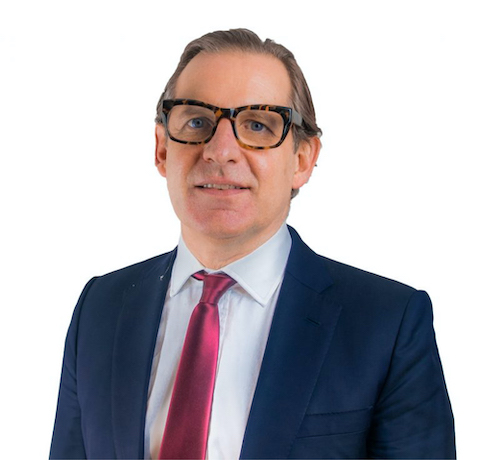 Property investor/developer SevenCapital has recruited a former Divisional Chairman at Berkeley Group as its new Managing Director. Angus Michie spent 24 years at Berkeley, founding the St Edward brand as a joint venture with M&G, and launching the housebuilder’s newest brand, St Joseph, in the West Midlands. 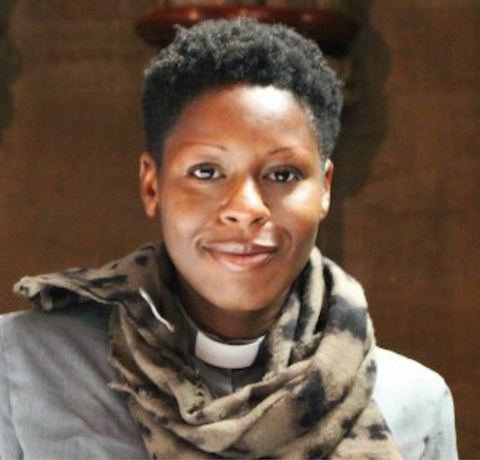 Berkeley Group has added three new names to its panel of Non-Executive Directors, as two Non-Execs prepare to retire. William Jackson, Elizabeth Adekunle and Andy Kemp have been brought in, as Adrian Li and Baroness Fleet, Veronica Wadley step down. Jackson is Managing Partner of private equity giant Bridgepoint, which he has run since 2001. Adekunle is Archdeacon of Hackney for the Diocese of London. Kemp is a senior partner at PwC in London. 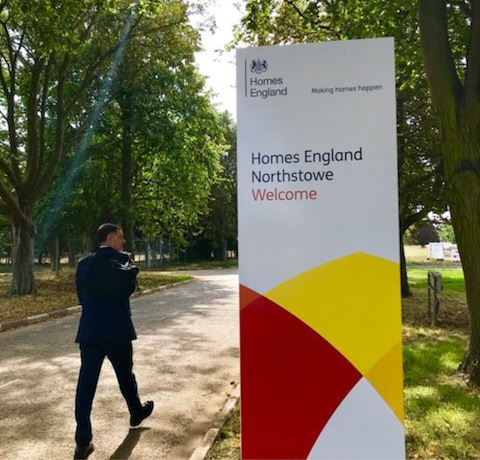 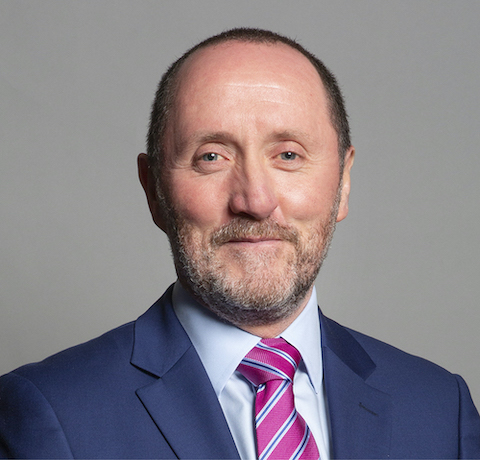 Eddie Hughes has stepped up to become the latest Housing Minister, replacing Kelly Tolhurst, who resigned after just four months in the role following some “devastating” personal news. Hughes is MP for Walsall North. 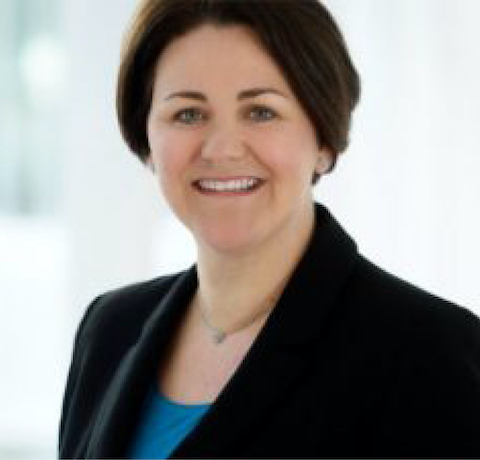 Global real estate agency JLL has named Stephanie Hyde as its new UK CEO. After 25 years with PwC, she will become the first female chief exec of JLL’s UK business, and take over from Chris Ireland – who steps up as chairman after 40 years with the firm – in April. 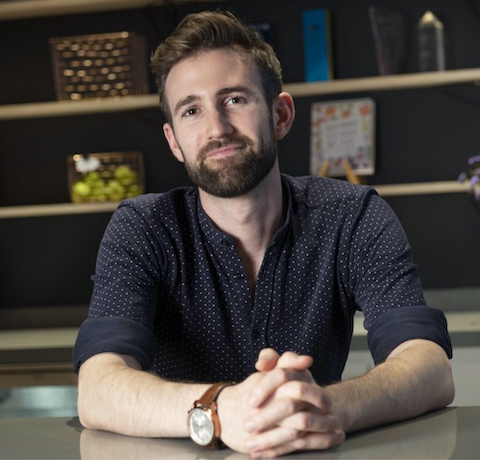 Wellness-focused design consultancy Ekkist has recruited a new Director to build the company’s advisory services in wellbeing consultancy and certification. Ben Channon was formerly Head of Wellbeing at Assael Architecture, having joined the practice as an Architectural Assistant back in 2012. He’s now an architect, WELL Accredited Professional, TEDx speaker and mental wellbeing advocate, and author of the book “Happy by Design”. 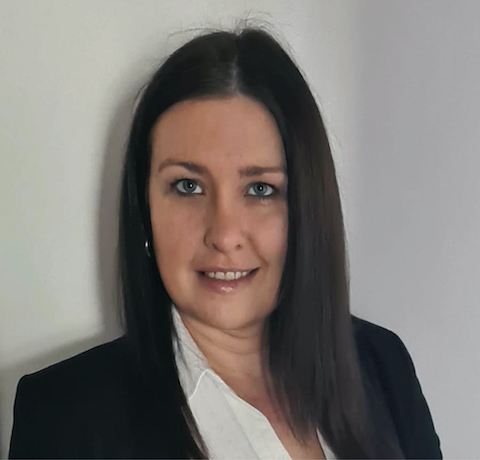 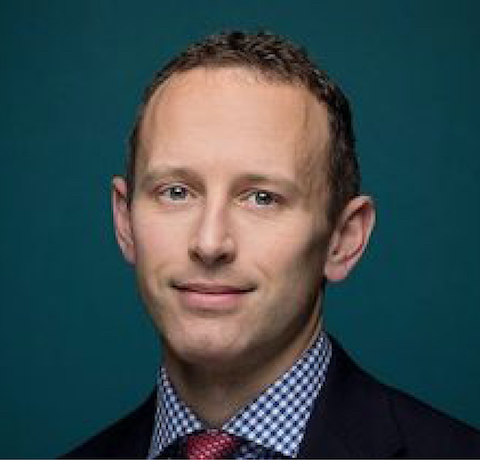