Your monthly briefing on the key recruitment moves across the UK's property sector is back. Brought to you by PrimeResi, links to each story can be found at the end of each section. 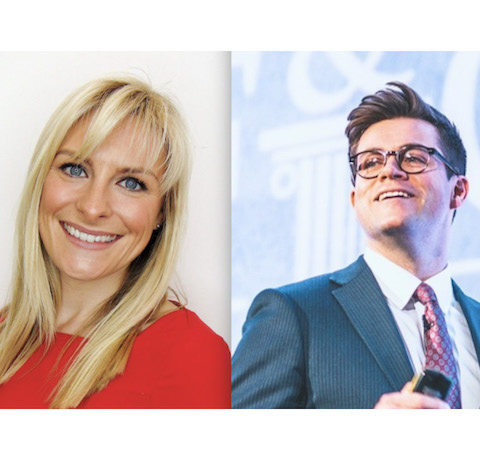 Fine & Country’s CEO David Lindley has left the business “to pursue other business interests”, having handed in his six-week notice during the Coronavirus lockdown. Jon Cooke, CEO of F&C’s parent company eProp Services, has taken over as Interim Global CEO until a suitable permanent replacement is found. Fine & Country has taken Lindley’s departure as an opportunity to restructure its top table, promoting Nicky Stevenson to MD of Fine & Country UK and Head of Growth, and Daniel Harrington to Head of Growth London and International. 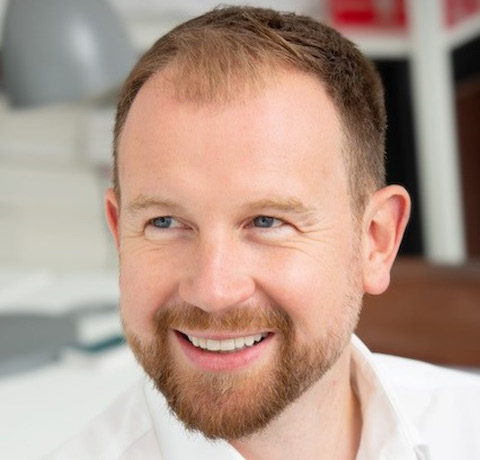 CBRE Residential has launched a new Private Office team featuring a heavyweight line-up of Savills alumni. The new offering will be advising the firm’s HNW clients on resi property across the world, and promises “the perfect balance of an unrivalled global network and unbiased, trusted expert advice”. The four-strong team is being led by, who joined CBRE from buying agency The London Resolution in January. He previously worked for Savills’ buying arm Prime Purchase. Charles Lloyd, the former head and founder of Savills’ Mayfair & St James’s operation, is also on board. 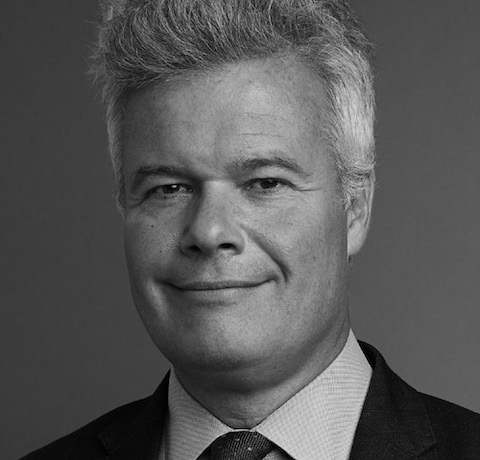 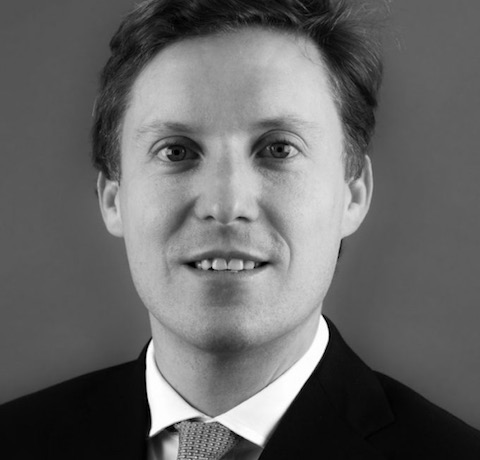 Well-known Strutt & Parker agent Will Allen has joined Knight Frank’s new-look sales team in Kensington, as Partner. He’ll be working alongside office head James Pace, with support from fellow new recruit Jessica Conway, who has been appointed as senior negotiator after eight years with JLL. The new line-up in Kensington also includes Robert French, who has moved over from KF’s Chelsea office to focus on the market up to £5m. 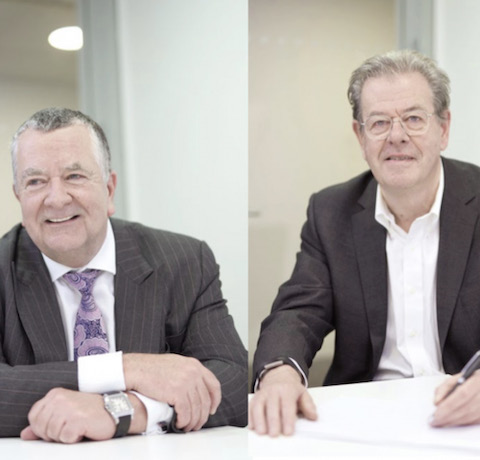 Countrywide Plc, which owns estate agency brands including Hamptons International and John D Wood, has enlisted a headhunting agency to find new leadership, according to Sky News. “People briefed on the process” told Sky that the firm has launched a search for a new Chief Executive to replace Paul Creffield, and that Chairman Peter Long will also “step back” at some point. 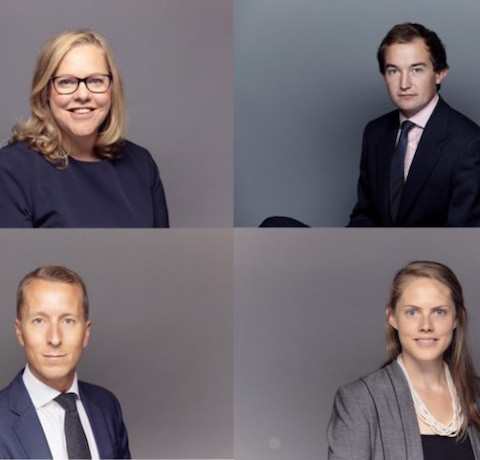 Strutt & Parker has made some changes to its senior line-up. Lettings boss Kate Eales has stepped up to Head of Regional Residential Agency, and will be in charge of 40 offices across the UK. Louis Harding has been named Head of London Residential Agency, overseeing the seven-strong PCL network. Matthew Sudlow has been installed as Head of the Estates and Farm Agency Department. Charlotte Moxon is the new Head of Regional New Homes. 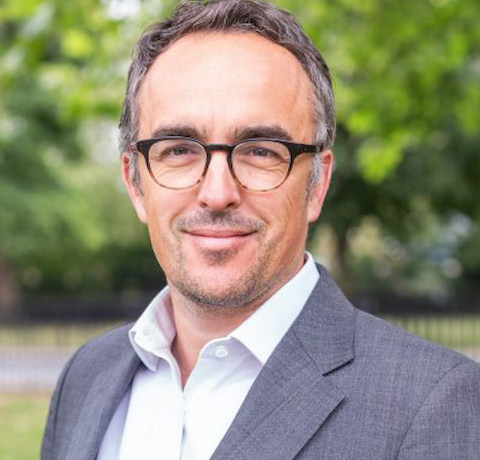 YOUhome Property Gurus has made another big name signing, recruiting Chris Shaw to cover the Notting Hill and Bayswater patch. Shaw was previously Head of Sales at design-led boutique agency Domus Nova, which has offices in W2 and W11. 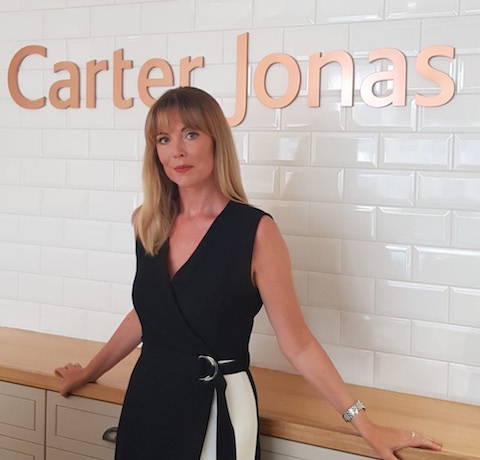 Carter Jonas has appointed well-known agent Rachel Macpherson as Partner and Head of Residential in York. 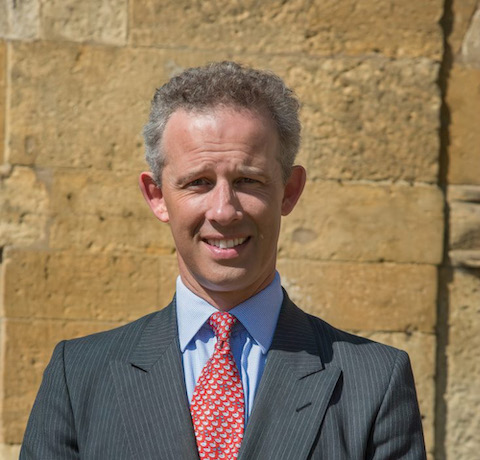 Knight Frank’s Cotswold veteran Rupert Wakley and his wife Annabel have jumped ship to Jackson-Stops. The Wakleys will run J-S’s Chipping Campden operation as Head and Head of Lettings respectively. 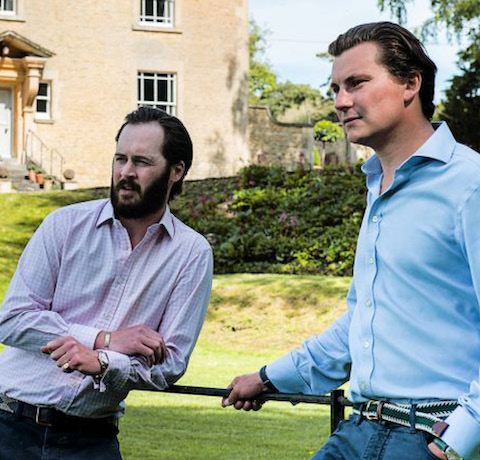 A pair of former Strutt & Parker agents have launched a new estate agency, focusing on the prime country house market in Oxfordshire, Berkshire and The Cotswolds. The Country House Department is being pitched as “a modern medium for the finest country homes, created to do justice to the most exceptional properties.” It’s been founded by Andrew Russell and Ben Bentley, both of whom previously worked for BNP Paribas-owned Strutt & Parker. 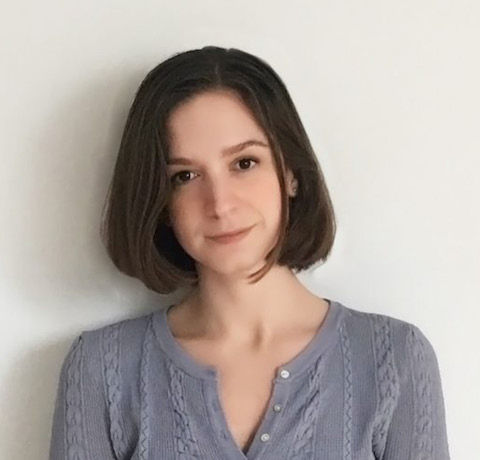 Interior designers Patrick Dougherty and Costanza Ranieri have launched a new estate agency in London. Cuvelo promises to market only “beautifully refurbished” homes and is supplying every property sold with a warranty for buyer peace of mind. Former Hamptons agents Liz Whitaker-Street and Amy Seager have launched a new estate agency in the Cotswolds. Whitaker Seager officially went live in Gloucestershire the week before the Coronavirus lockdown kicked in. The new firm covers Stroud, Cirencester and the surrounding areas, with a focus on the mid-market. 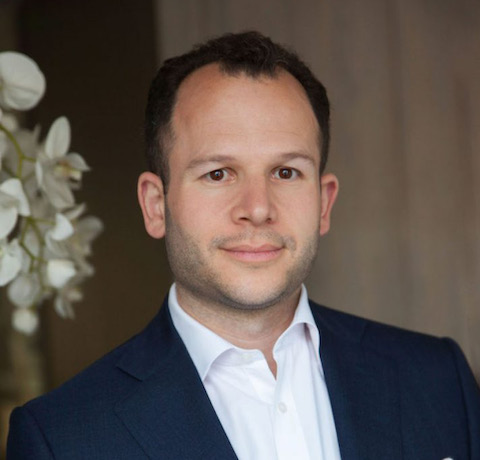 Aston Chase director Simon Deen has left the boutique PCL agency after nearly 16 years. Deen, who was Aston Chase’s head of flat sales for eight years before stepping up as head of new homes in 2016, said the time had come for a “new challenge”, hinting that a “huge opportunity exists to reimagine estate agency”. 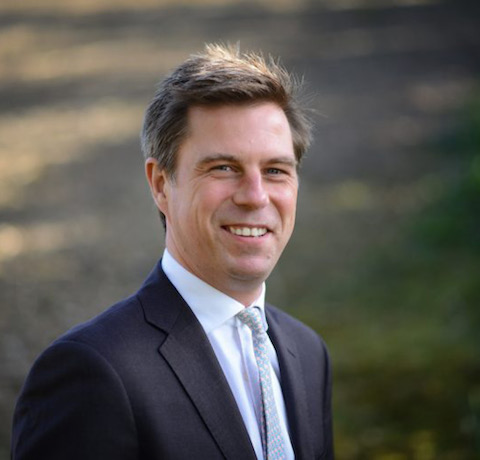 Knight Frank’s buying agency division, The Buying Solution, has recruited a new Partner to cover the patch from Reading through Newbury to the West Country. Jake Civardi joined on Day One of the Coronavirus lockdown, from Strutt & Parker, where he ran the Winchester office for the last six years. 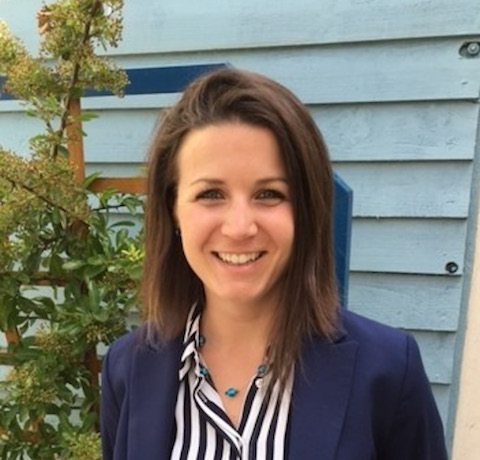 Buying agency Recoco has hired a former Savills agent to bolster its coverage across Cornwall. Anna Sharp will be operating the new base on behalf of the firm, which was founded by Nigel Bishop in 1999 and has agents spread across the southern counties, including London. 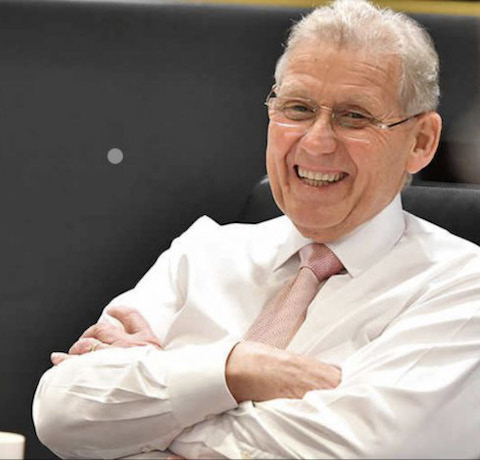 Tony Pidgley CBE, founder and Chairman of Berkeley Group, died in June at the age of 72. Former PWC man Glyn Barker has stepped up to lead the FTSE 100 housebuilder as Non Executive Chairman for “up to two years” as the search begins for the late Pidgley’s long-term successor. 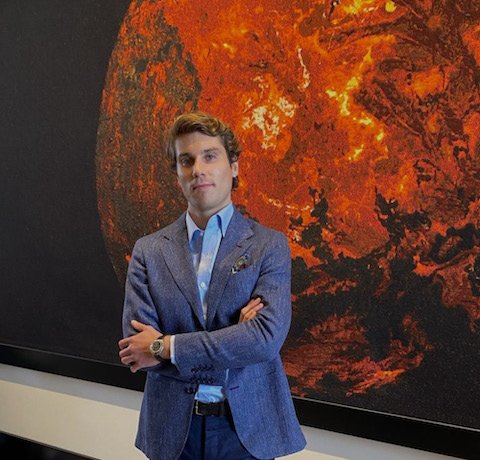 Brockton Capital has brought in Alex Hardy from Clivedale to lead sales at its forthcoming super-prime scheme in Mayfair, 60 Curzon. 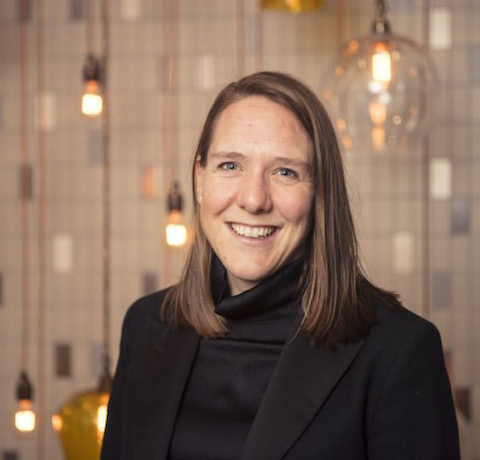 Argent LLP’s Managing Partner Anna Strongman has been recruited to run a major property development partnership between Legal & General and Oxford University. Oxford University Development (OUD) was formed in June 2019, with a remit to oversee the development of thousands of homes for students and staff, together with science and innovation districts as part of the University’s five-year Strategic Plan. Legal & General is a 50/50 partner in the venture, with L&G’s Future Cities business lined up to provide up to £4bn in financing over the next ten years. Strongman, a Cambridge graduate, will take up her new role as CEO of OUD in September 2020. 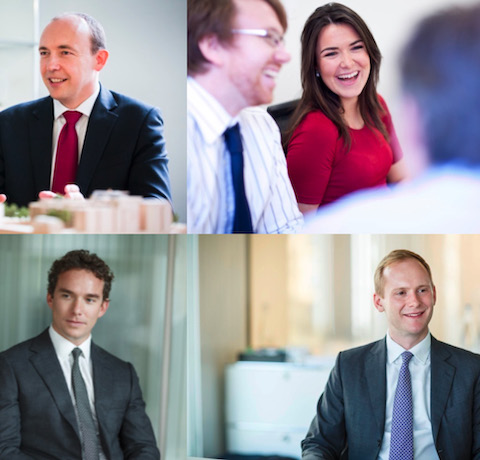 Native Land has bolstered its senior line up with a raft of promotions, including four new managing directors. Those stepping up to MD-level are Sophia Jarvie (Prime Residential Development); Jay Squier (Commercial and Mixed-Use Development); Finn Carew (Investments); and Robert Harris (Acquisitions). 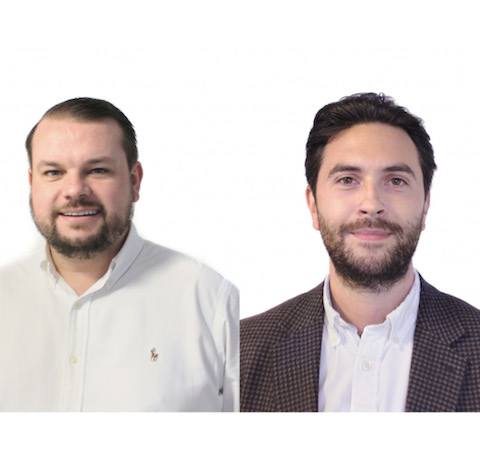 A new construction firm has been launched by a duo of highly experienced Square Metre alumni, focused on the prime residential sector. Morgan Rae has been set up by Luke Morgan and James Rae, both of whom previously worked at the recently-insolvent super-prime and commercial fit-out specialist Square Metre. 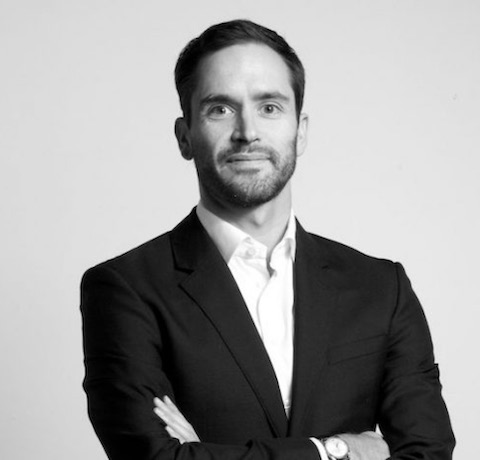 Boutique developer Residence One has hired Will Bles as its new Head of Design. Bles was previously at interior design firm 1508 London, where he worked on high-profile projects including 39-40 Lowndes Square and a Chelsea Barracks townhouse. 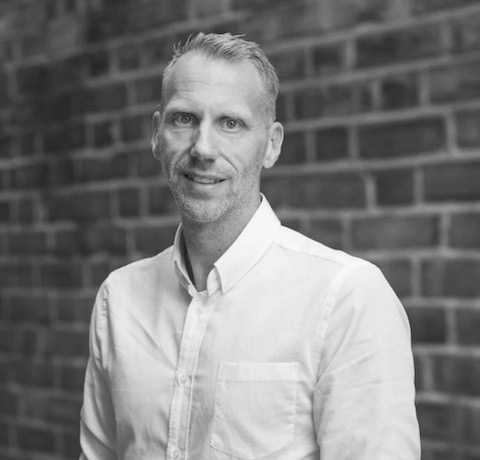 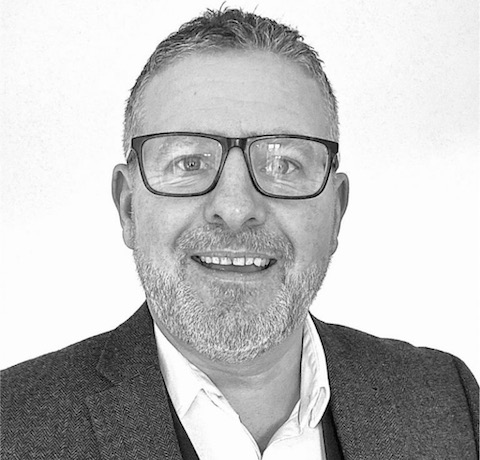 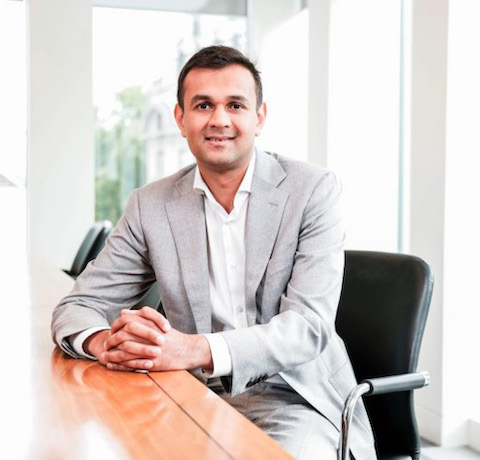 Nimesh Shah is taking over from Nilesh Shah (no relation) as CEO of accountancy and tax advice firm Blick Rothenberg. At 38, he’ll be one of the youngest financial service CEOs in the UK. Current CEO Nilesh is leaving the firm after exactly 30 years to take up an advisory role with BR’s parent company, Cogital Group. 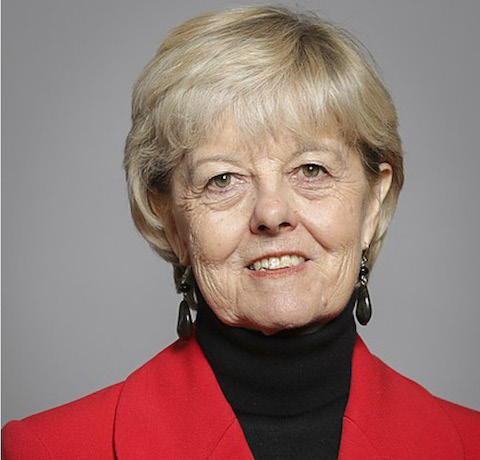 The Code of Practice Steering Group

Baroness Dianne Hayter has been appointed as Chair of an influential panel – which includes The Royal Society of Chartered Surveyors and The Property Ombudsman – that has been tasked with drawing up a new Code of Practice for the entire residential property industry. The Code of Practice Steering Group is now running a consultation until 4th September, looking for feedback from the industry and public on what the Code would look like. 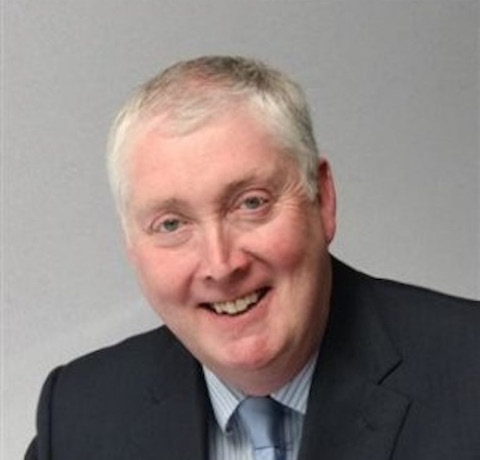 Mark Hayward, Chief Executive of the National Association of Estate Agents, has announced that we will retire at the end of the year, after seven years in charge of the trade body. The move will prompt a rejig of the NAEA’s parent organisation Propertymark. The NAEA and its sister brand ARLA (Association of Residential Letting Agents) will be subsumed by the over-arching Propertymark identity. A single Chief Executive will be recruited to run the show. ARLA Chief Executive, David Cox, has also left the organisation, departing suddenly and with immediate effect. 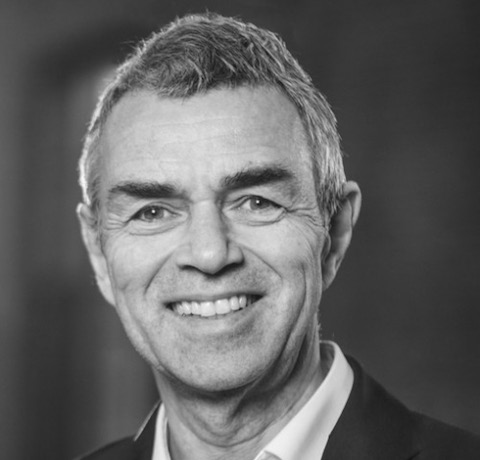 The British Property Federation has named David Partridge as its new president. Partridge, who is senior partner of Argent partner and chairman of Arget Related, takes over from Grainger boss Helen Gordon at the helm of the trade body. 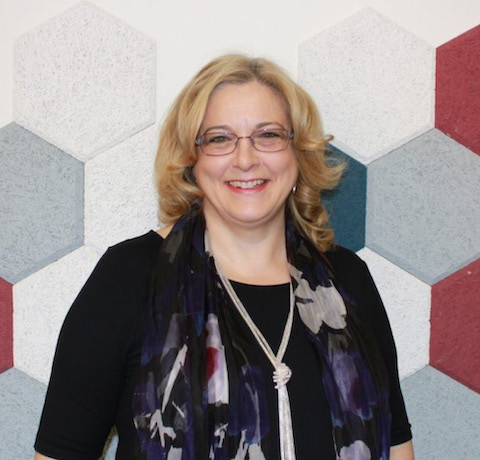 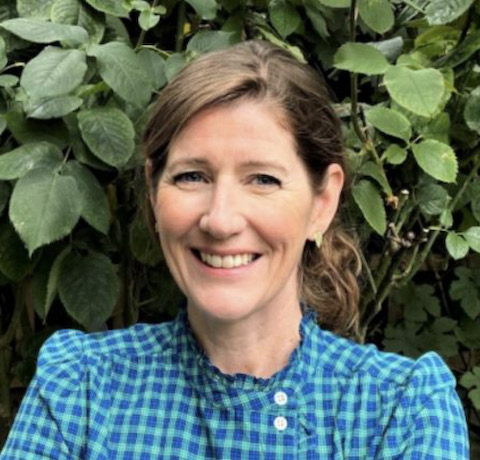 Joanna Averley has been named as the government’s first female Chief Planner. She replaces Steve Quartermain, who stepped down from the role at the end of March after a 12-year stint.