Scroll to the end of each section for links to the full stories. 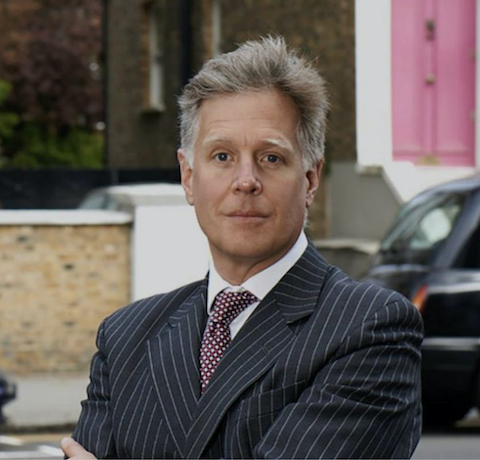 Well-known London buying agent Saul Empson has moved on from Haringtons after more than 15 years with the firm, setting himself up as an independent buying agent offering “a personal, bespoke service to a small group of private clients”. Following Empson’s departure, Plum Fenton has joined Haringtons as London Specialist; the 29-year-old has spent the last seven years with Knight Frank. 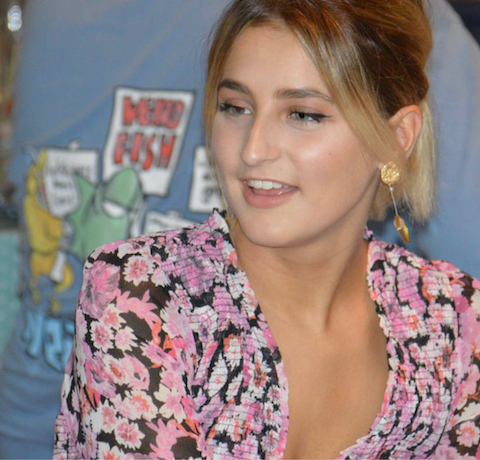 High-profile buying agent Henry Pryor has recruited his youngest daughter to the business. Kate Pryor will be assisting with property searches and acquisitions in London. Having completed an Executive PA course just before the first Coronavirus lockdown last year, she joined John D Wood’s Chiswick sales team for six months, then moved to the lettings team in Richmond. She’s now followed her father to the buying side. Rosie Pryor also joined the family Firm last year. 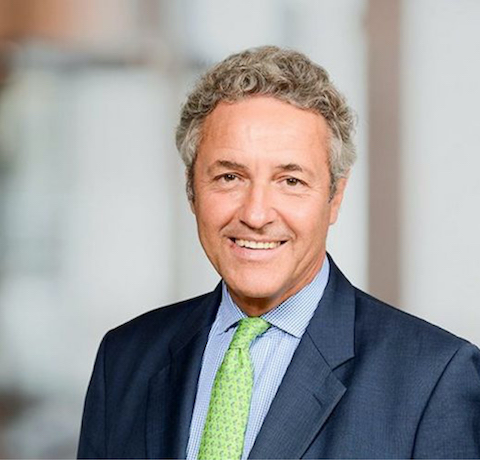 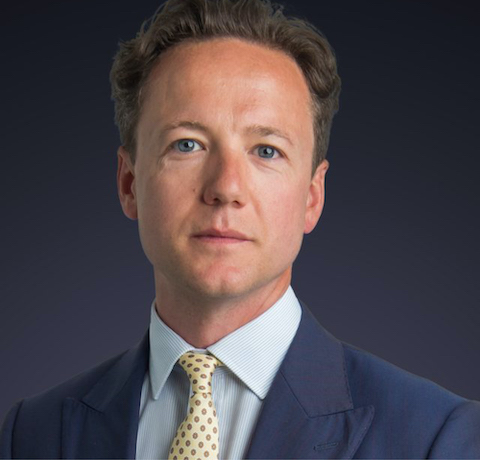 Knight Frank has announced a raft of 159 promotions across the firm. 67 have stepped up to Partner, including Poppy Archer (Notting Hill), Katy Brookes (Hampstead), James Gubbins (Mayfair), Louise Kidd (Knightsbridge) and Jamie Robson (Country Department). A further 92 have been made Associate. The firm has also given its South East Country head an expanded remit; Oliver Rodbourne is now also head of residential sales on the Channel Islands. 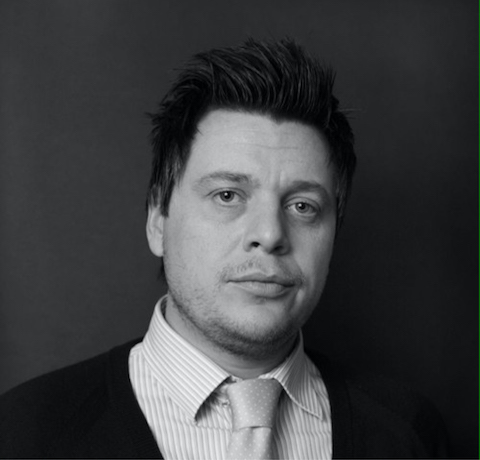 Fine & Country has expanded its footprint in prime West London, opening a new “hub” office covering the Notting Hill and Chelsea patch. Damien Jefferies has bought into the brand, having spent the last four years with Kinleigh Folkard & Hayward, latterly as Sales Director. He plans to grow his business to around 14 associates, with seven covering sales and seven covering lettings. 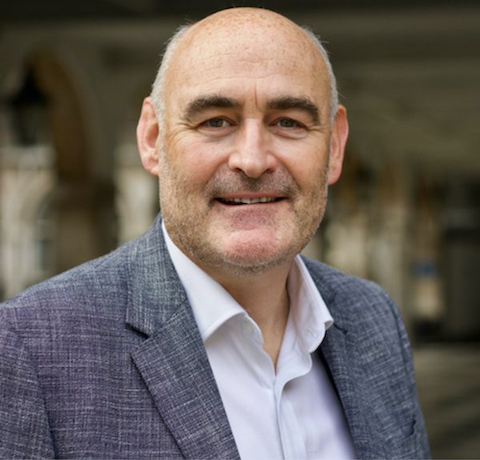 Fixed-fee estate agency Yopa has recruited industry stalwart Peter Everett as its new Commercial Director. Everett has racked up some 40 years in the estate agency business, including 25 years with LSL (joining in 1982 and eventually heading up the YourMove franchise operation) and a decade at Hamptons (from 2010 to 2020), most recently as Head of Sales covering 50 offices outside of London. 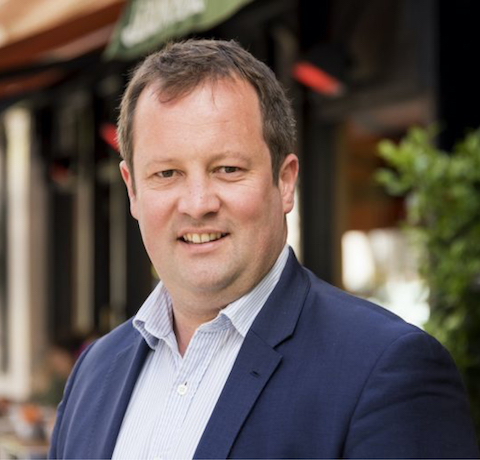 UK Sotheby’s International Realty has named Guy Bradshaw as its new MD. Bradshaw, who steps up from the role of Director & Head of Resi Sales, will be spearheading an expansion of the brand across the capital and “key regional locations”. He joined the UK arm of the global luxury real estate network in 2018 after a near-seven year stint at Savills, where he was a director based in the Knightsbridge office. He had previously spent over five years in management roles at Marsh & Parsons. 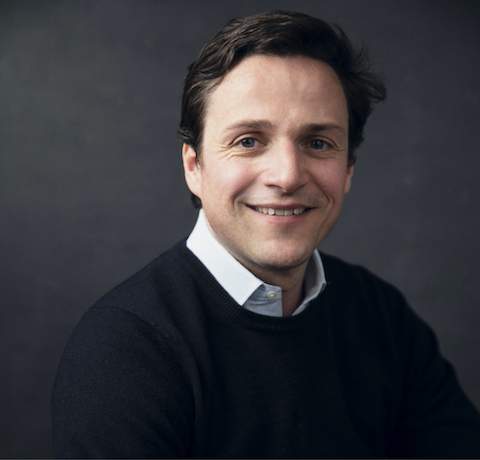 Dominic Spencer-Churchill’s longstanding boutique agency, DS Churchill, has announced a collaboration with global network Christie’s International Real Estate. The high-end consultancy, which was set up in London by Spencer-Churchill nearly two decades ago and recently branched out into the country market, will now be representing Christie’s throughout the UK. DS Churchill will be a “representative”, rather than an affiliate, offering its services to Christie’s clients under its own brand. 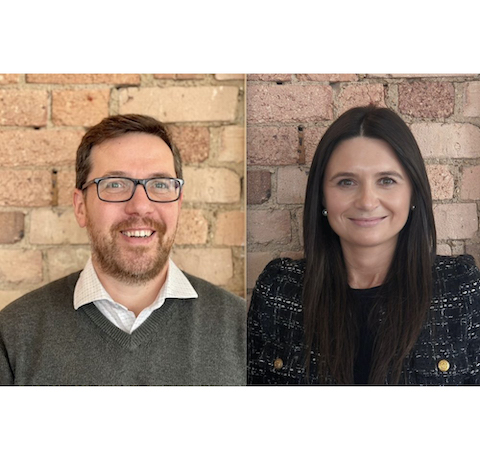 Winkworth has expanded its footprint in the South West, opening a new franchised office in Dorset and another in Devon. The new Ferndown (Dorset) outpost is James Hadley-Clift’s second Winkworth franchise in two years, following his acquisition of the Southbourne patch (on the outskirts of Bournemouth) just before the first national lockdown last year. He’s running the show alongside business partner Rosella Short, who previously worked with Purplebricks in London. Exeter franchisee Chris Baker, meanwhile, has now set up shop in the historic market town of Tiverton, on the back of acquiring a lettings portfolio in the area – his third lettings acquisition backed by funding from Winkworth Franchising Limited. 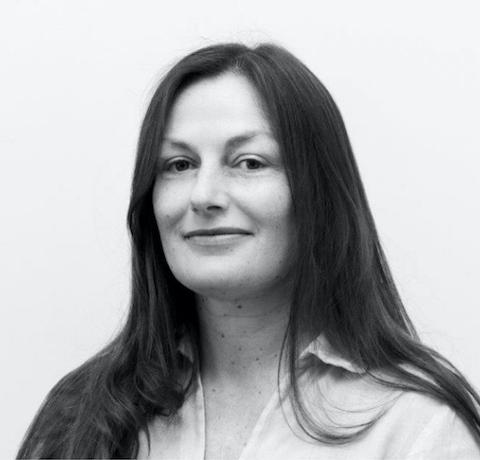 Another experienced PCL agent has joined “freelance” firm Harding Green. Alexandra Mathew started her property career at Strutt & Parker in 2007 and held roles at Cluttons, Engel & Völkers and John Wilcox & Co before making the move to YOUhome in 2017, where she specialised in the Kensington & Holland Park patch. She will now be operating in the central London postcodes as part of the Harding Green team, which was set up by former Chestertons director Nick Carter in 2017 and has a centralised hub in Kensington. 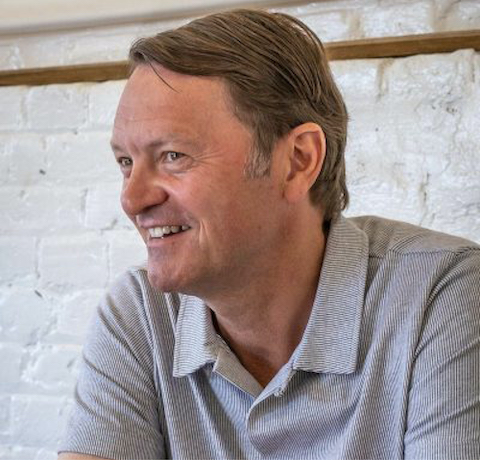 Mr & Mrs Clarke has added another Partner to its ranks; David Lowes has signed up to cover the North Norfolk and Norwich patch. This is Lowes’ first foray into the estate agency world, following a big-hitting career in marketing. He’s spent the last three years as Samsung’s Chief Marketing Officer in Europe, and before that spent nearly 15 years at Unilever, holding various senior international roles across food brands (e.g. Senior Vice President of Dressings). He is also a Director of Lincoln City FC. 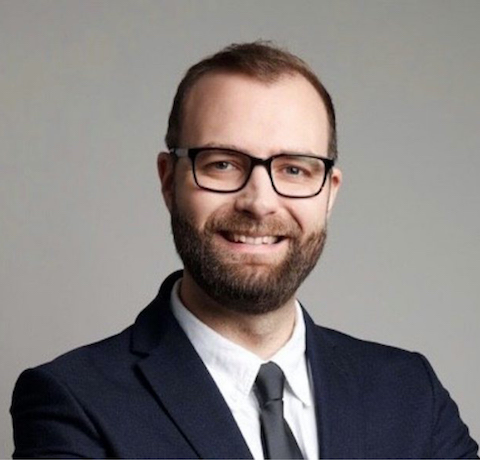 CBRE has recruited a new boss for the firm’s Property Management team. John Coddington joins as Head of Residential from Lendlease. He previously held estates management roles at St. George and Braemar Estates in London. 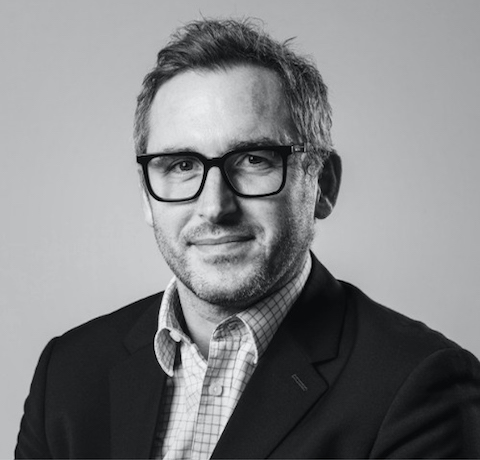 A new project management and construction business has been launched in London by a pair of established high net worth property advisers. Jonathan Mount and Sam McArdle, who have spent a number of years advising clients on PCL property investments, at Knight Frank and subsequently their own property consultancy, have set up Project London after seeing heightened demand for specialist design and build services. 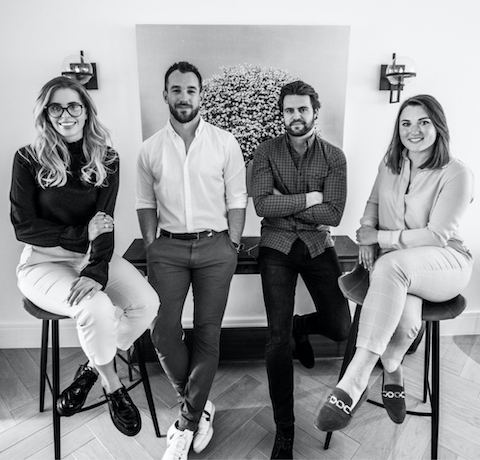 Mayfair-based design and development studio OWN London has recruited Jorge Khawam as head of design. The former Finchatton and Sophie Ashby interior architect has lately been leading the design studio at Natalia Miyar; he will be in charge of a team of eight at OWN, which was set up in 2008 by Alex Labridis as a prime and super-prime construction company. 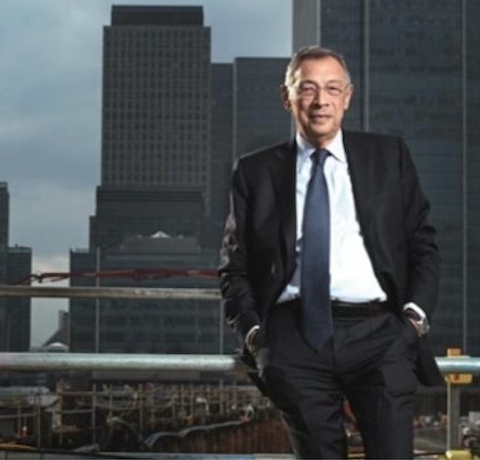 Veteran property tycoon Sir George Iacobescu is stepping back from his role at Canary Wharf Group. The visionary Romanian-born civil engineer, who masterminded the transformation of east London’s derelict docklands, will be taking on the role of non-exec chairman at the firm from July. The announcement comes two years after he handed over the chief exec mantle to American Shobi Khan, following more than two decades at the helm. 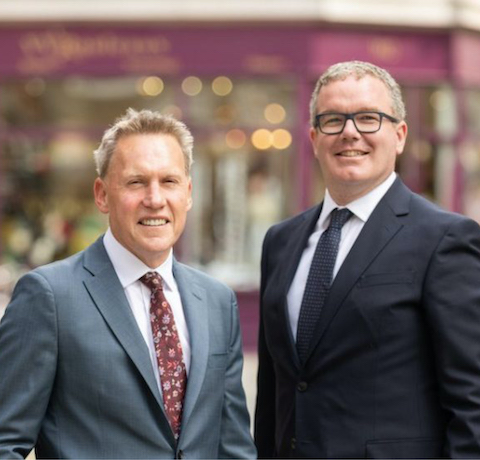 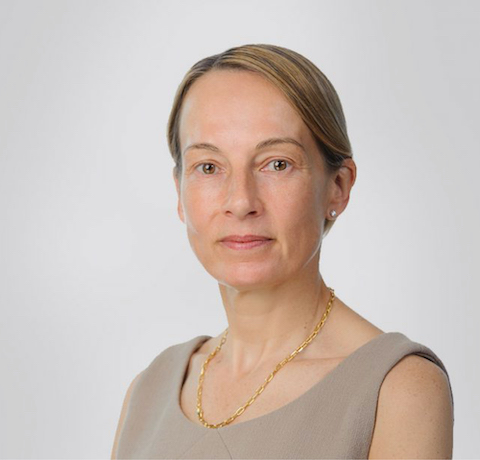 Former Lazard boss Melanie Gee has been brought in as Non-Executive Chair of the Grosvenor Britain & Ireland board. She will take over from current Chair Jonathon Bond in September when he shifts to the newly-created role of Chief Investment Officer of the Grosvenor Estate. 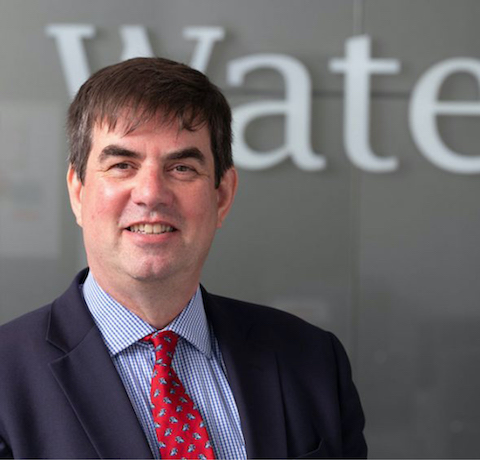 Wates Residential, part of privately-owned construction company the Wates Group, has appointed Nick Williams as Production Director. Williams has been with Pocket Living for the last few years, most recently as Chief Development Officer. He has previously worked on some serious super-prime projects, including as Development Director on Candy & Candy’s One Hyde Park, as Chief Development Officer at Treasury Holdings (in 2011, when the Irish firm owned Battersea Power Station), and before that as Construction Director at Berkeley Group Mainstream market housebuilder Redrow has launched a new Southern division, prompted by rising demand for homes in London’s commuter belt. The new division will cover Surrey and East and West Sussex (separately from the company’s existing Souther Counties and South East regions). It is due to be up-and running by the end of June 2022, and should deliver around 600 new homes a year. Taylor Wimpey’s former Divisional Managing Director Rod Martin has been brought in to run the show. 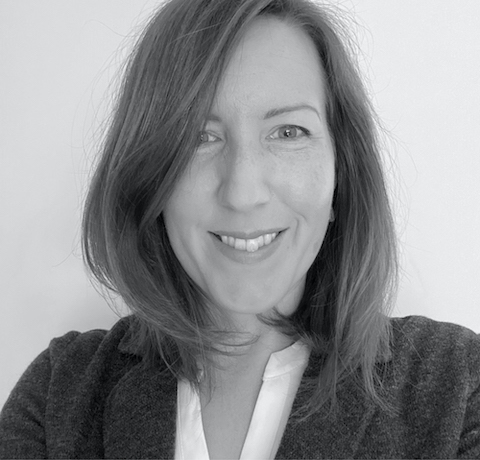 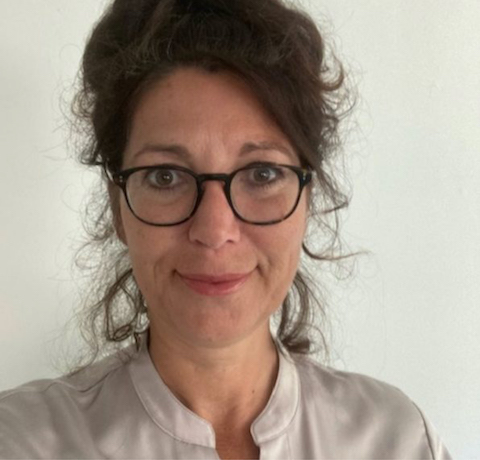 Challenger property portal Boomin has hired a Managing Director, recruiting Zoopla’s former Commercial Director Athena Hubble to work alongside co-founder and CEO Michael Bruce. Hubble spent 12 years at Zoopla, joining as part of the portal’s starting line-up back in 2007. She moved on to become UK Managing Director of online car-buying comparison website Carwow in 2019 – but has now returned to property. 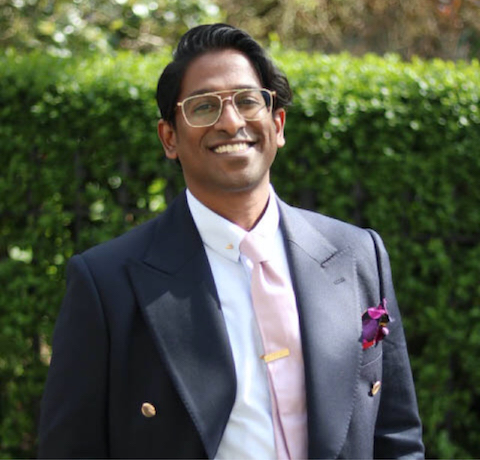 HNW mortgage brokerage Opes Financial Partners has hired a new sales director to spearhead an expansion in the resi market. Sai Shanmugam, a former associate at Chestertons and consultant at Harding Green, has joined the ten-year-old Knightsbridge-based operation, which also has offices in Bahrain and Hong Kong. Octopus Real Estate has recruited Andy Scott to head up its resi development lending team. He joins from Secure Trust Bank, where he was head of real estate finance for the Midlands and South division, following previous roles at Santander, Lloyds and HBOS. 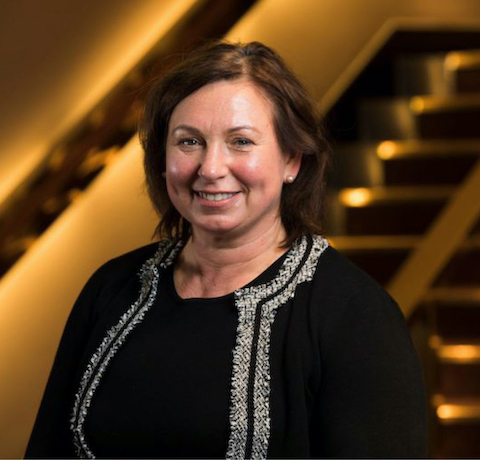 The Chief Operations Officer at the Royal Institute of Chartered Surveyors has resigned quite suddenly. Violetta Parylo stepped down in June after more than a decade on the RICS’ Executive Team. She has been replaced by Rofi Ihsan, formerly Interim Chief Financial Officer. 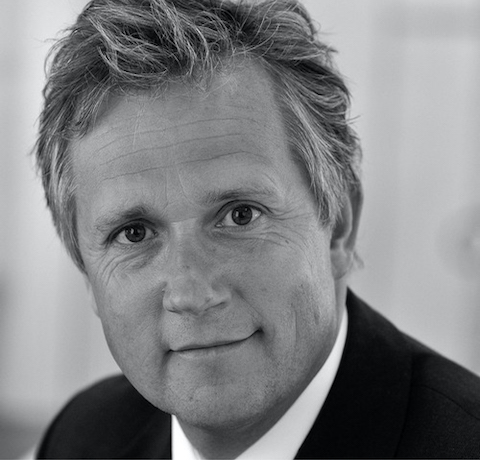 Estate agency stalwart Peter Rollings – a former Managing Director of Foxtons and CEO of Marsh & Parsons – is joining industry training outfit Property Academy as Group Chair. To start with, he’ll be chairing one group of 15 non-competing estate agency owners, guiding them on business and individual growth. Surrey-based Property Academy was set up by business coach Peter Knight in 2007. 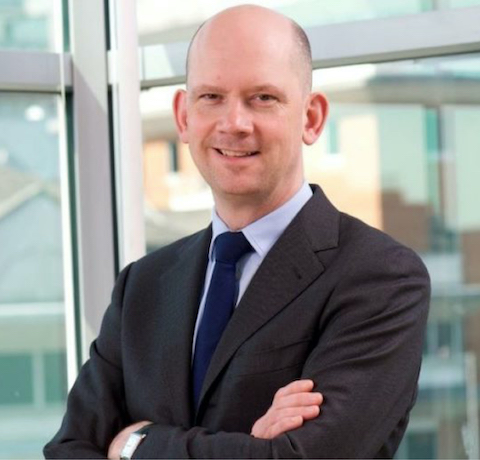 Peter Denton, Chief Executive of the Hyde Group housing association, has been confirmed as the new Chief Executive of government housing delivery agency Homes England, following the departure of Nick Walkley in February. Whitehall says the former banker’s appointment marks “a new phase for the agency”, while Housing Secretary Robert Jenrick calls it “part of an important reset for the organisation”. He is due to start work later this year, taking over from acting chief Gordon More. 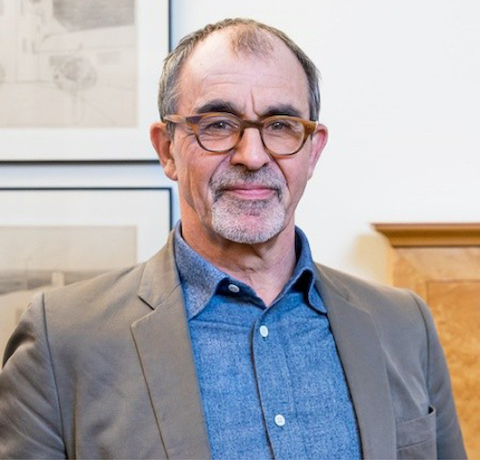 Andy von Bradsky, the former Chairman of PRP Architects, has quit as the Government’s Head of Architecture to “pursue other areas of interest”. He will leave the Housing Ministry at the end of July, after two years in the role (and a few years as a consultant before that).