The UK's property market certainly had a busy March for business and recruitment moves. PrimeResi brings LonRes readers a round-up covering buying agents, estate agents, developers and estates, tech, finance and legal as well as design. Links to all the full stories are at the end of each section. 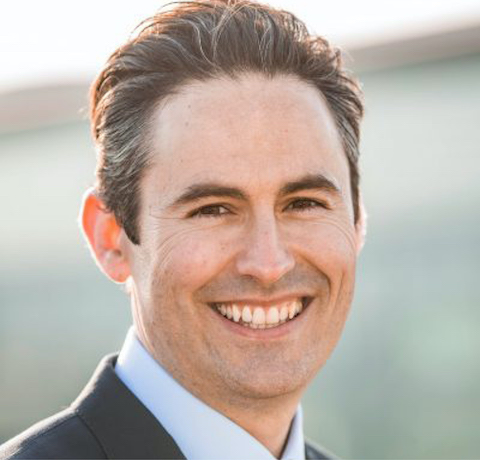 Property Vision has recruited Marcus Gondolo-Gordon to its country house team. Gondolo-Gordon was formerly Head of International for UK Sotheby’s International Realty in Belgravia, worked in the national country house department at BNP Paribas Strutt & Parker, and founded “off-market” property sales firm Incognito in Sussex and Greece. Now based in Billingshurst, he joins PV as Country Team Executive, responsible for advising clients on their property investments in Kent and East & West Sussex. 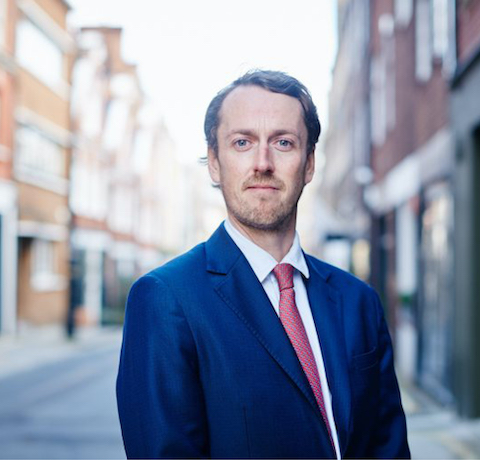 Black Brick has hired a new head for its Managed Sales service, as it “ramps up its expertise and agility” on the back of “significant increased demand” for sales services from its buying agency client base. Hamish Bruce joins from Marsh & Parsons, where he’s spent the last seven years as a Negotiator and Sales Manager – racking up over £100m-worth of deals. Fulham-born Bruce previously lived in South Africa, where he set up a Chinese food delivery business and a charity events company, specialising in “white collar boxing”. 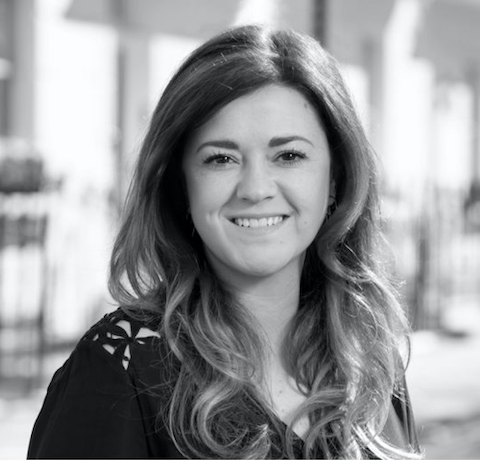 Prime Purchase has added a new director to its line-up in London. Fran Moynihan has made the move over from Savills, the buying agency’s parent company, and will be working alongside London office head Guy Meacock. After working for a real estate firm in Perth, Australia, Moynihan went on to spend ten years at Savills, helping to set up the waterfront team – and taking over the running of the division in 2014. 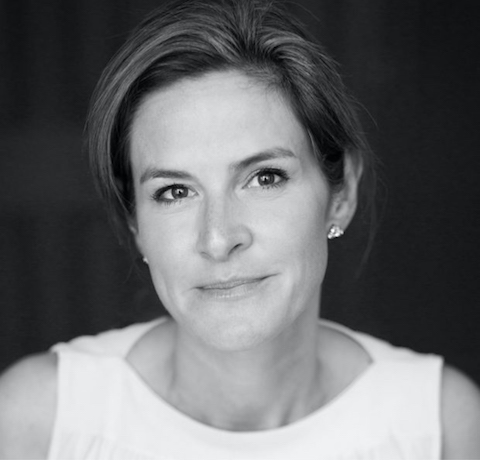 Prime lettings specialist Zoë Rose has joined boutique property agency Rose & Partners. She joins her husband, Simon Rose, and Tom Tangney as a director in charge of the rentals side of the business. Zoë Rose was previously National Head of Lettings at Hamptons, Head of London Lettings at Strutt & Parker and, most recently, spent three years as Lettings Principal for Dolphin Square in Pimlico. 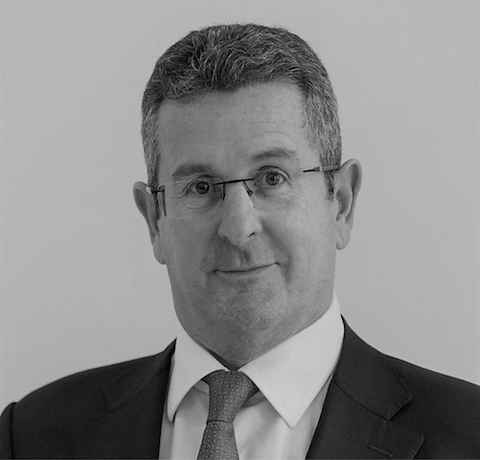 Marsh & Parsons has named Marc Goldberg as Sales Director, promoting the former Hamptons man from PCL Regional Sales Director. Goldberg is now in charge of sales activity across all 33 M&P offices and has joined the top table Executive Team. 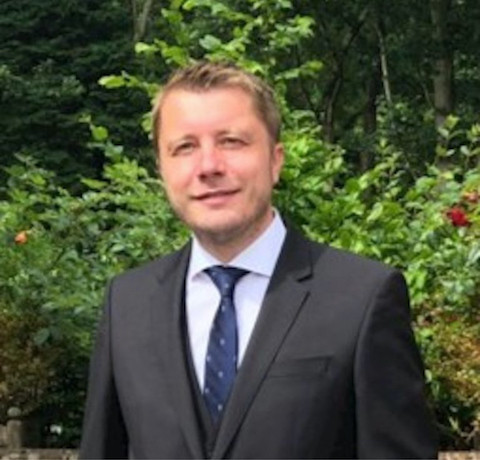 Purplebricks has hired estate agency heavyweight Chris Beckwith as Chief Sales Officer. It’s a newly-created role covering all aspects of PB’s sales operation, with a remit to further expand the firm’s market share. Beckwith joins from Foxtons, where he’s spent the last two years as a Director. Before that, he was CEO of Savills-owned Currell for five years. He started his career at Dexters in 1998, rising through the ranks to become Managing Director. 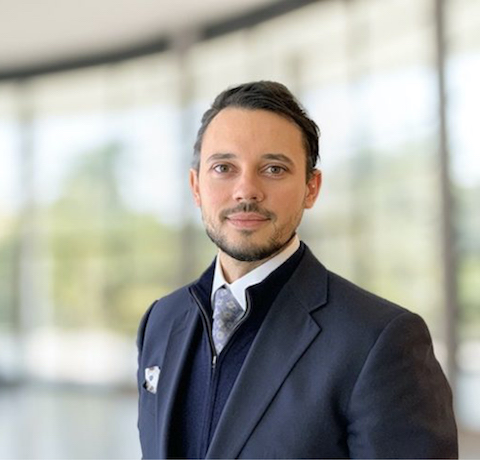 Savills has made a few changes this month, ramping up the Private Office, setting up a specialist development management team, and adding some new faces. The Private Office now involves a network of 17 senior players around the world, handling real estate affairs for super-rich clients. Led by Chairman David Forbes, the newly-enlarged SPO “will be able to offer an enhanced service to its existing client base, while also generating new business to all Savills offices,” says the firm. 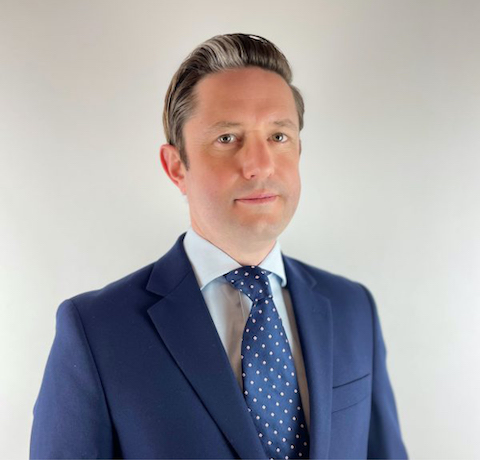 Knight Frank has recruited one of Savills’ key resi development consultants in the South West to its ranks. Daniel Harris will formally join KF as a Partner at the end of April, bolstering the existing residential development and consultancy offering in Bristol and across the region. He has been with Savills for the last seven years, joining in 2014 and becoming an Associate Director in 2016. 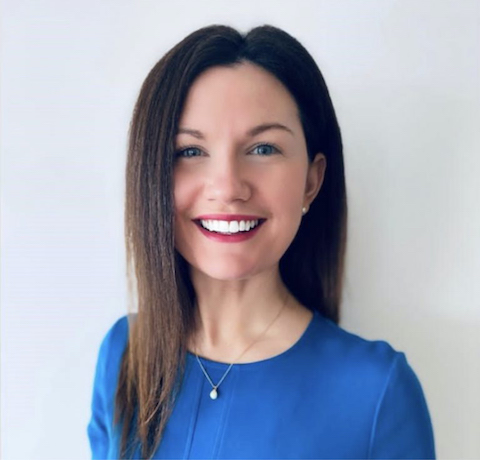 Ellie White has joined Knight Frank’s King’s Road office as Head of Lettings in Chelsea, taking over from Arya Salari, who recently moved to KF’s Knightsbridge base. White moves from Chestertons’ High Street Ken branch, where she was lettings director. 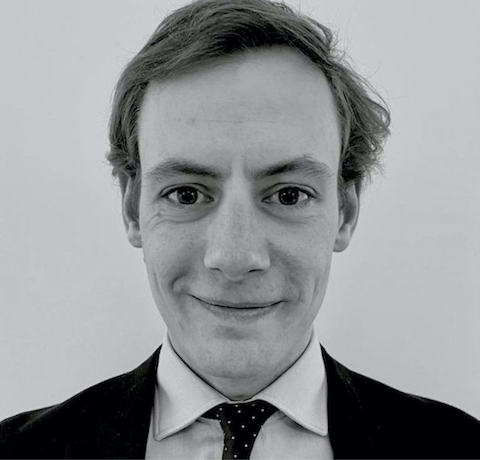 Knight Frank has also added a new face to its Residential Building Consultancy department, which is headed up by James Carter-Brown. Henry Longton has joined as Senior Chartered Building Surveyor from Jacobs Engineering Group, where he spent the last three years working on resi, commercial, education, defence and aviation projects. 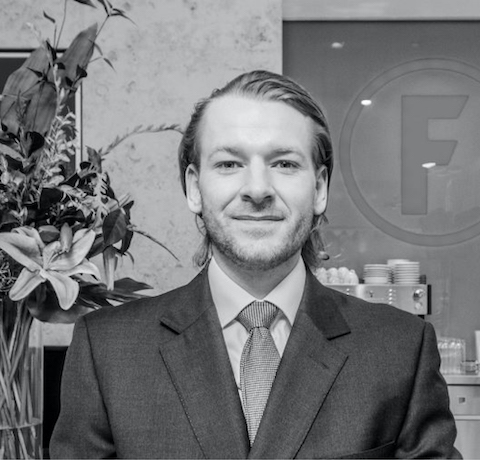 Foxtons has bolstered its Prime team. Tom Watts has joined the estate agency’s dedicated high-end division after stints at both Knight Frank and Savills, where he specialised in the markets of Marylebone and Mayfair. Launched in 2018, the now-four-strong department is helmed by Christopher Sellwood. 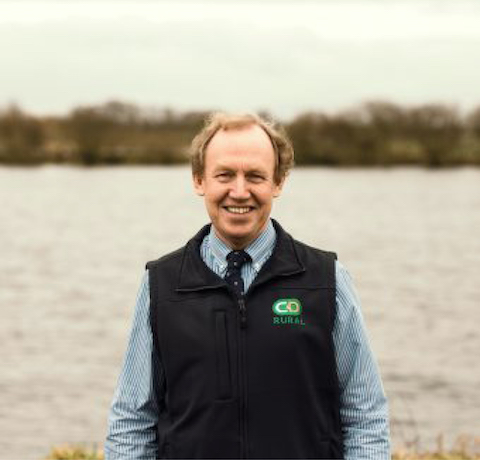 Estate agency franchise Fine & Country has opened two new outposts, in Scotland and in Wales. Director Stuart Thomson of C&D Rural is the brand’s first licensee in Scotland. The team is based in Selkirkshire and covers a large swathe of the borders and southern Scotland. 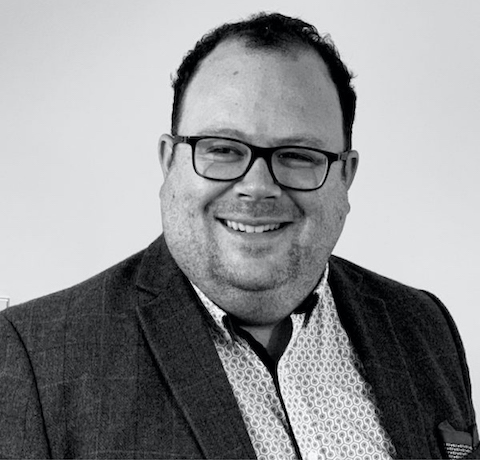 The agency has also signed a new licensee in the Welsh capital. Fine & Country Cardiff is run by Daniel Thomas, who previously worked with Fine & Country in the Midlands before moving to Wales. 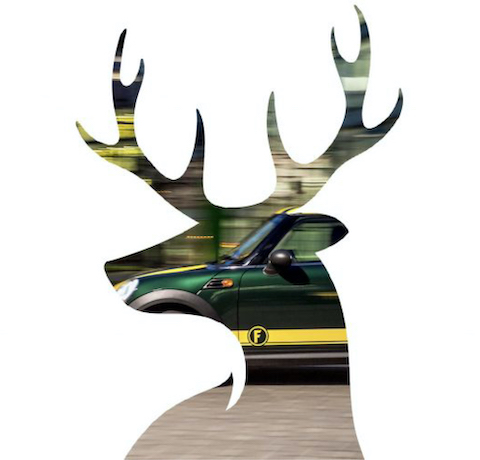 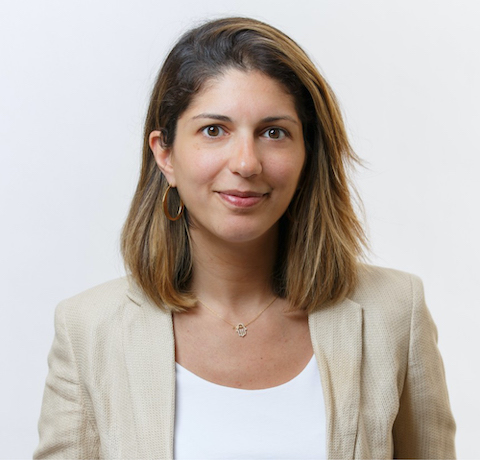 Battersea Power Station has recruited a big-name head of resi ahead of a pivotal few months for the £9bn regen scheme. Meriam Lock-Necrews, formerly Head of Super Prime Residential Development at Knight Frank, has taken over the role vacated by Mark Hutton earlier this year. After starting out at Foxtons, Lock-Necrews went on to join Savills before moving over to Knight Frank in 2007, where she stayed until 2018; the last three years have been spent at high-end later living specialist Riverstone. Five other new hires were confirmed last month, including James Carragher as Estates Director. 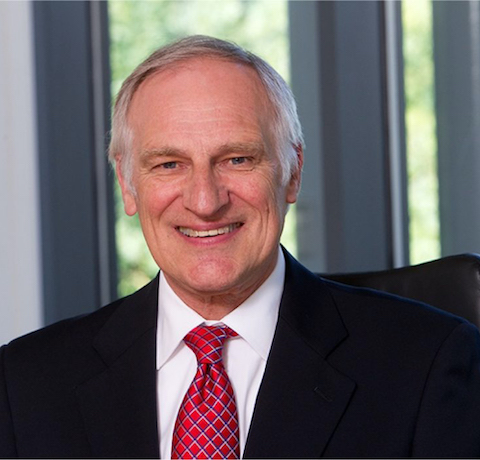 Octagon Group co-founder David James has announced his retirement from the high-end housebuilder after 41 years. “Luxury legend” James met co-founder Roger Wyatt in the early seventies and the duo went on to launch the Surrey-based firm in 1980. Octagon began turning out top-end new-builds across London and the Home Counties; one of its creations was reported to be the first new home in the UK to sell for over £1m. Wyatt stepped down as exec chairman at the turn of the millennium, leaving James in overall charge. In total, he spent 21 years as MD, 15 as chairman, and the last five as non-exec director. Exec chairman Colin Tutt also announced his retirement recently, after a 35-year stint. 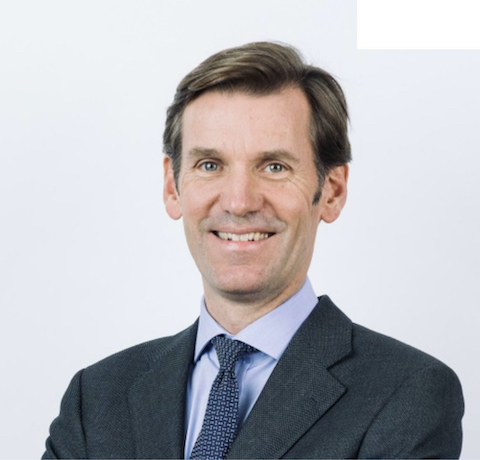 The Duke of Westminster’s Grosvenor Estate has re-worked its management structure, with a refreshed top table including a new Chief Investment Officer and a new Head of the Family Office. Chaired by Michael McLintock, an Investment Committee is taking on responsibility for “capital allocation as well as for matters of strategy and performance relating to the Estate’s commercial activities in international urban property, food and agriculture and in financial investments. McLintock is joined on this committee by Jonathan Bond (currently Chairman of Grosvenor Britain & Ireland), who takes up the newly-created role of Chief Investment Officer (CIO), two independent advisors, and by Chief Financial Officer Rob Davis (currently Group Finance Director of Grosvenor Group). There are also some changes at the Grosvenor Family Office, which is responsible for the management and enancement of environmentally sensitive habitats within the Grosvenor family’s rural estates and for supporting their philanthropic activities. Nicholas Dobbs, Rural Estates’ Director, has been promoted to the role of Head of the Family Office, reporting to Mark Preston. Executive Trustee and Chief Executive Mark Preston retains the helm, having been appointed in 2008. 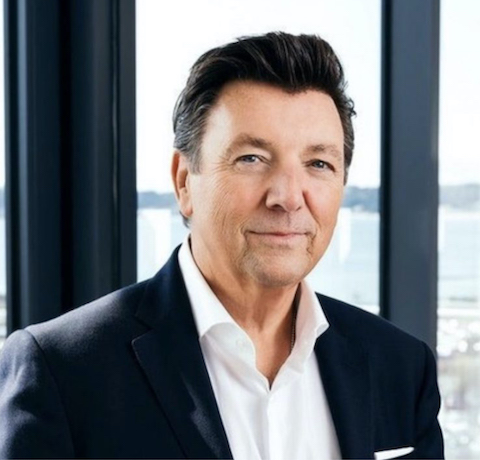 High-end mortgage firm Enness Global has named Nigel Le Quesne as non-exec chairman. The CEO and chairman of JTC Plc is taking an equity stake in the business, and will be assisting with international growth plans. CEO Islay Robinson and MD Hugh Wade-Jones will continue to run the day-to-day operations from bases in London and Monaco. 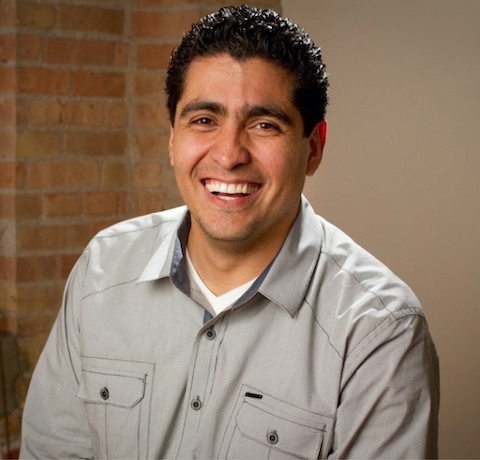 London-based PropTech venture capital firm Pi Labs has recruited a partner in the USA, as part of international expansion plans. Serial entrepreneur Ivan Ramirez has been named as Pi’s first US venture partner. He’s been tasked with building the investor into “a gateway between global real estate firms and the rapidly evolving proptech universe”. Ramirez was co-founder and CTO of Emoov, working at the UK online estate agency for five years from 2014 (and helping to raise some £30 million in venture capital). He moved to UAE property developer Emaar in 2019, becoming Chief Product Office responsible for “product strategy, management, strategic integration and innovation.” He previously founded e-commerce software company CommerceInterface, which he sold to Groupon in 2012.

Cripps Pemberton Greenish has hired Zainab Dakhil as a partner in its resi property team. PCL specialist Dakhil joins the top 100 law firm, which has operations in Chelsea and Tunbridge Wells, from Royds Withy King, bringing 15 years’ experience to the table. He will be based at the CPG office on Cadogan Gardens. 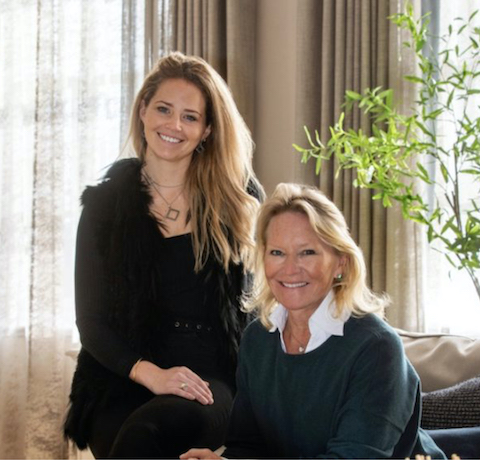 Rosie Ward has taken up the role of Creative Director at newly-rebranded interior design studio Ward & Co. The London-based practice was set up in 1986 by her mother Sarah and was previously known as Interiors by Sarah Ward. Rosie came on board seven years ago. 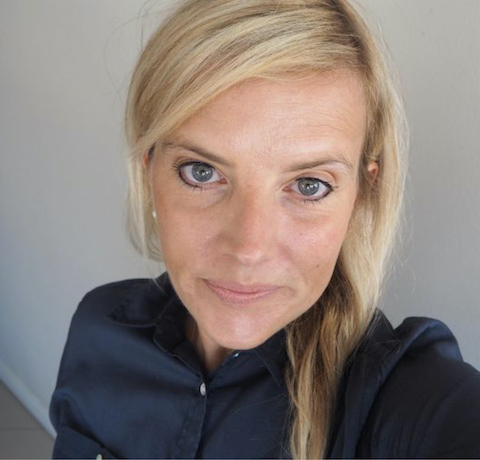 Architecture and design practice CallisonRTKL has recruited well-known architect Lydia Firminger as Associate Principal, to focus on mixed-use and residential development projects in London. Firminger joins from Kohn Pedersen Fox, where she was a Senior Associate Principal since 2012.