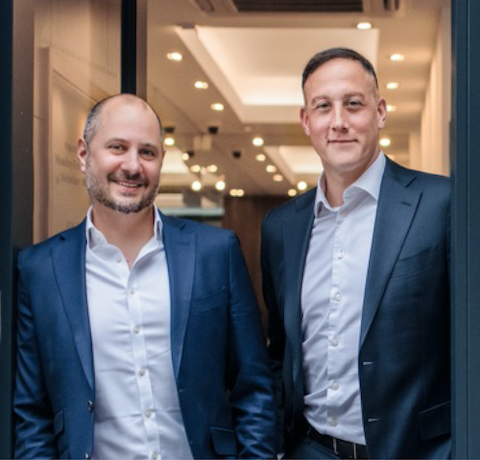 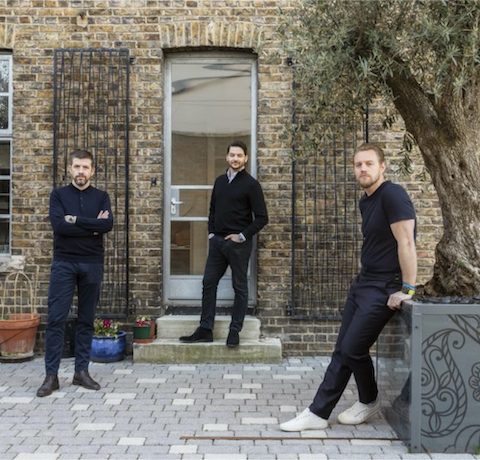 A trio of high-end agents have launched a new firm targeting the prime North West and Central London market. Ben Sloane and Richard Bryce, who until recently ran the lettings arm of boutique PCL agency Aston Chase, have teamed up with former Knight Frank and Savills man Jonathan Brandling-Harris on the venture, called House Collective. The new Camden-based outfit will offer sales, acquisitions, lettings, and property management services. An expansion into Prime Central London is on the agenda within the next three years. 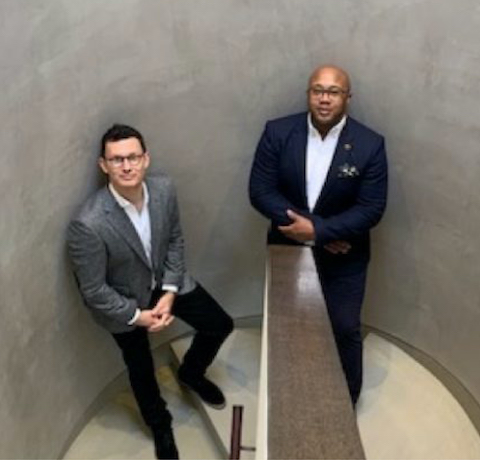 Former JLL agents Ben Stroud and Mez Callender have teamed up to launch a specialist new-build agency in west London. Grange London is pitched as a “new breed of estate agency”, focusing on the new-build sector with a menu of services including sales, development consultancy, lettings and management. 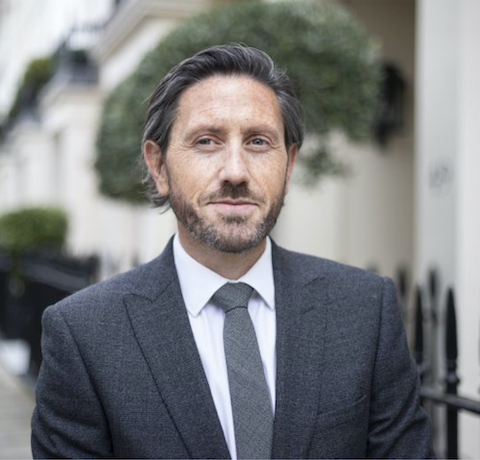 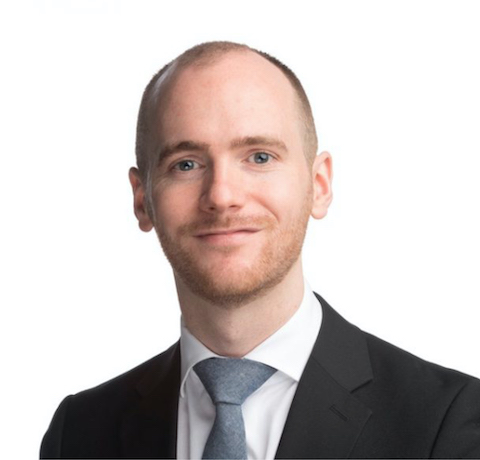 Berkshire Hathaway HomeServices London has appointed a new sales director. Joe Le Beau has stepped up from sales manager to take on the role, and will be overseeing sales across all four of the agency’s offices – Hyde Park, Marylebone, Kings Cross and Knightsbridge – following the recent acquisition of Marler & Marler. The agency has also promoted Oliver Ingles from senior sales advisor to sales manager for Hyde Park, while current head of lettings Matt Staton will see his remit extended to encompass the new addition to the network on Sloane Street. In addition, Graciela Loveday has joined the BHHS team in Kings Cross from Savills. 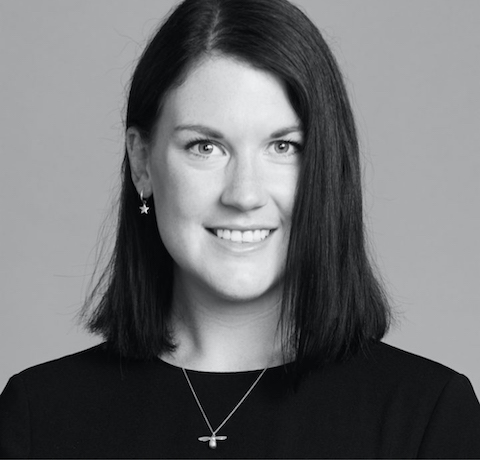 Knight Frank has appointed a new lettings manager in Richmond, bolstered its dedicated Sports Desk, and added a new recruit to its Kensington sales team. Hannah Beck will now be running the firm’s lettings operation in Richmond, south west London, following three years on the South Ken team. Kimberley Pratt has joined the agency’s base on Kensington Church Street. She will be focusing on the core market in and around W8, working alongside Robert French. Meanwhile, Ryan Stokes has joined the Sports Desk after seven years as a negotiator in the Belgravia and Marylebone offices. He’ll be working alongside Alex McLean, who heads up the specialist service, which advises pro sports players on their property requirements and is being expanding due to “increased demand”. 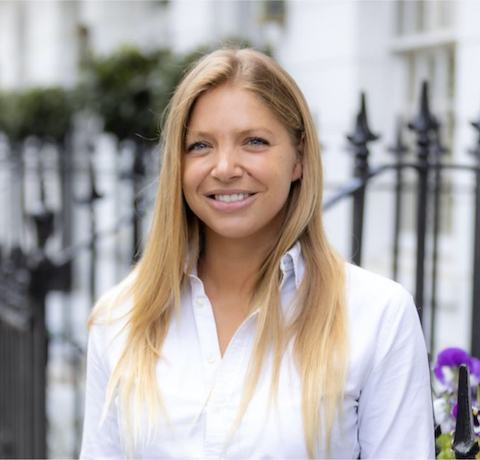 Boutique agency Tedworth Property has hired a top agent from Strutt & Parker to head up its lettings business. Sabaya Verger has spent the last ten years specialising in the Prime Central London market, firstly at Raglan International and then at Strutts, where she was an associate director. 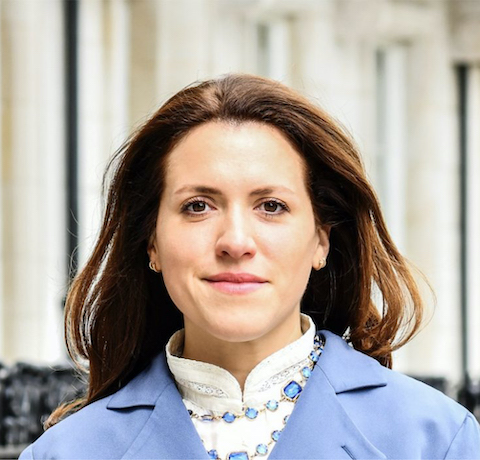 UK Sotheby’s International Realty has bolstered its resi sales team in the capital, recruiting Constance Cunningham as senior associate from Barnes International. It’s also been confirmed that the UK SIR team will star in four more episodes of Channel 4’s “Britain’s Most Expensive Homes”, following a one-off show which aired at Christmas. 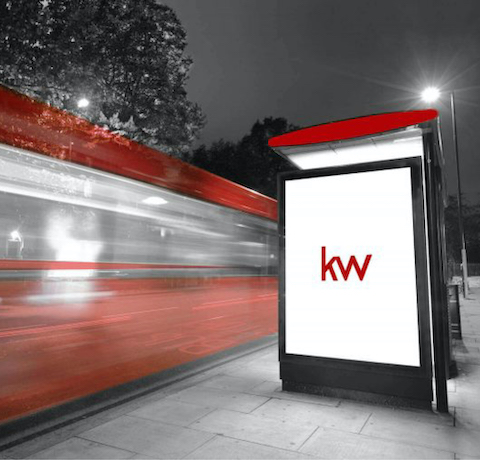 Keller Williams UK has made a brace of new senior hires, including recruiting Spicerhaart’s former Operations Director to helm a new lettings and property management division. Paul Sloan quietly stepped down from Spicerhaart a few weeks ago, after a decade with the company. He’s now moved to KW UK to run the firm’s new lettings and management platform, called KW Move, as Operations Director. Will Clark has also joined KW, as Director of Growth; he previously ran London-based online estate agency My Home Group. Cluttons has hired Savills’ Scott Joseph to head up its Hyde Park branch. Following stints at Aston Chase, Knight Frank and Foxtons, Joseph made the move to Savills’ St John’s Wood office in 2016. 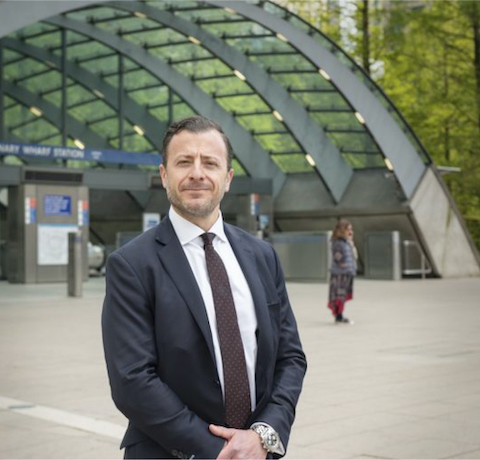 Hamptons has boosted its sales team in Canary Wharf with two new recruits from Felicity J. Lord. Adam Wolfryd has taken on the role of Senior Head of Sales, while Daniel Derbyshire will be joining the branch as Sales Associate. 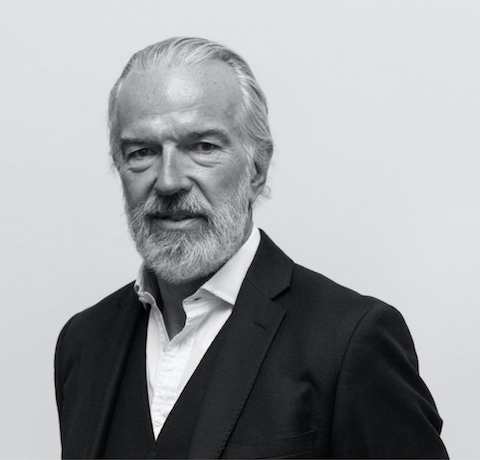 Kensington-based freelance agency Harding Green has boosted its coverage of central, north west and south west London, and Oxfordshire. Hugo Headlam, who used to run John D Wood’s branch in Belgravia before moving to YouHome in 2019, has joined to cover Prime London patch. The firm has also signed up ex-Marsh & Parsons and Dexters agent Jack Graham-Lindsey to operate across Maida Vale. Stefano De gaspari has joined from Hamptons to cover the £1m+ market in and around Henley-on-Thames. Anna Arden has joined in Earlsfield, having previously worked at estate agencies including Savills, Chesertons and Farleys. 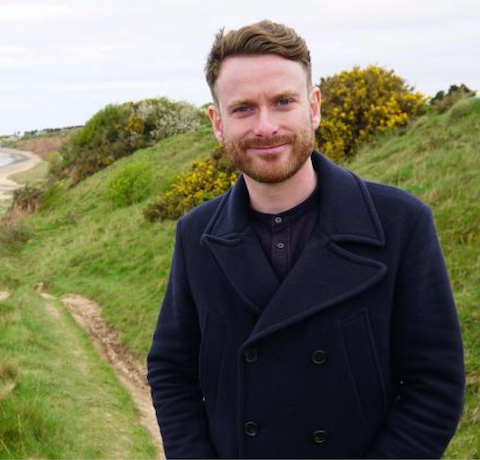 The presenter of Channel 4’s Coast vs Country property show, Kerr Drummond, has joined Midlands-based hybrid estate agency Hortons, to launch the brand in Warwickshire. Drummond has presented over 100 episodes of property-related TV shows since he debuted on Kitchen SOS in 2012. He’ll now be selling homes in and around Leamington Spa, Warwick and Rugby, as part of the Hortons network. 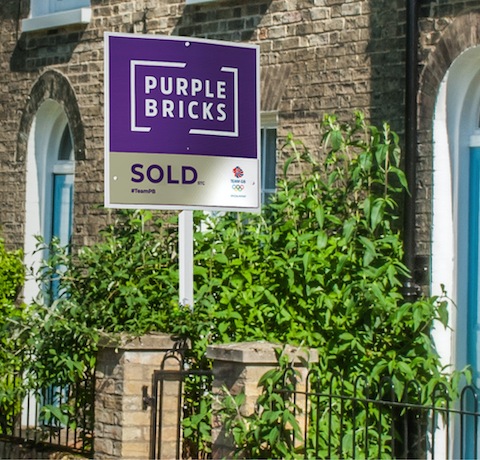 Purplebricks has lost its newly-recruited sales chief, Chris Beckwith, after less than two months. Beckwith joined the hybrid estate agency from Foxtons in March, but departed last week for “personal reasons.” Tom Greenacre has stepped up to become Interim Managing Director for the Southern region, while Kris Dykes has taken the reins in the North. 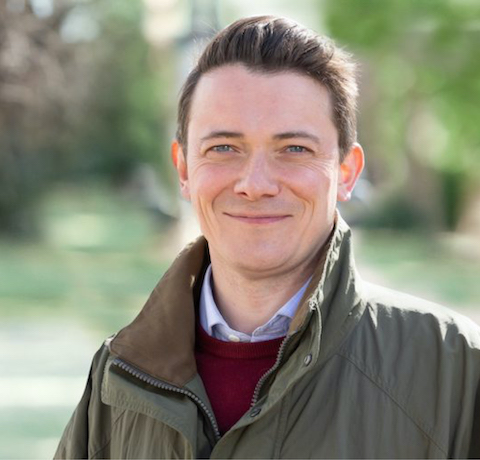 Buying agency Prime Purchase has bolstered its country team, moving James Watts from the London operation. Watts has been representing the Savills-owned firm in the capital for the last eight years, but has decided to move back to his roots and will be working the central country patch alongside Charlie Wells, James Shaw and Emma Seaton. 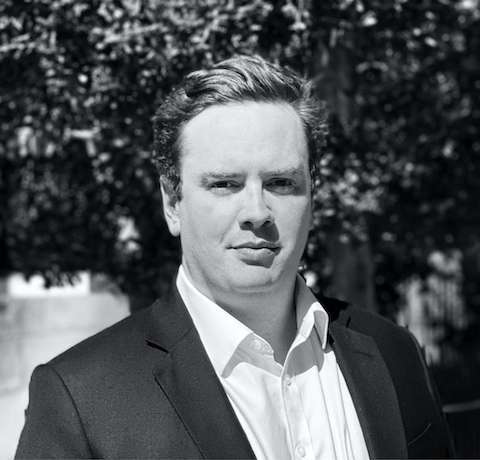 Knightsbridge-based buying agency AWS Prime Property has recruited a new Senior Property Consultant. Jake Irwin-Brown has worked as both a buying and a selling agent for some of the top names in PCL, including spells at Aykroyd & Co, Harrods Estates, Wetherell and Cluttons. His new role at AWS will see him service domestic and international clients looking for residential property in Prime Central London, with budgets currently ranging from £2m up to £28m. He’s working alongside Managing Director Alex Woodleigh-Smith, and newly recruited Property Assistant, Maddy Montague. 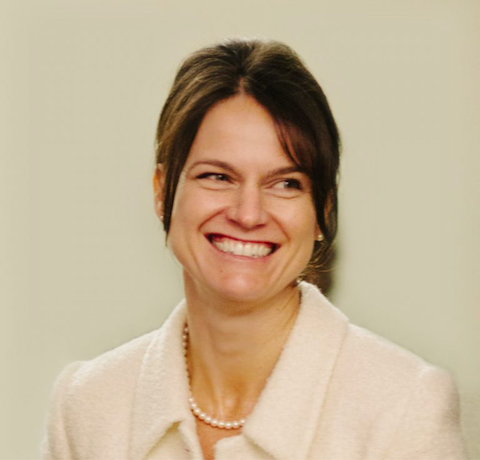 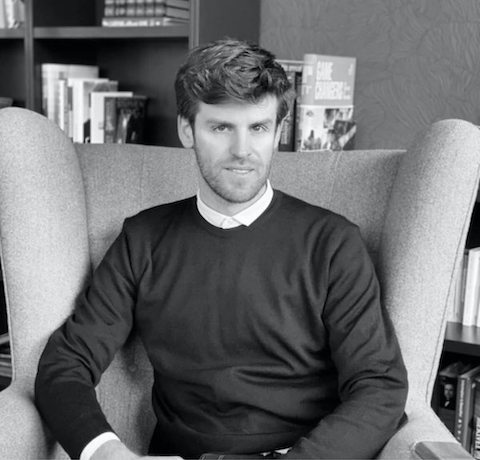 Prime property service match-making consultancy RedBook has recruited Barak Alberro as a Director to oversee all its projects. He joins from interior design and architecture practice bwt London, having previously been Head of Design at Banda, Design Manager at Northacre, and an architect at Foster + Partners. Surrey-based luxury property developer Octagon has recruited a new Sales & Marketing Director. Jonathan Cranley joins after 11 years at Millgate, where he was a Director. His new gig sees him take control of steering Octagon’s new mid-market brand, Chancery. The developer has also brought in a new Marketing Executive, Ana Hartigan, who joins after six years as Office Manager and Marketing Coordinator at Knight Frank. 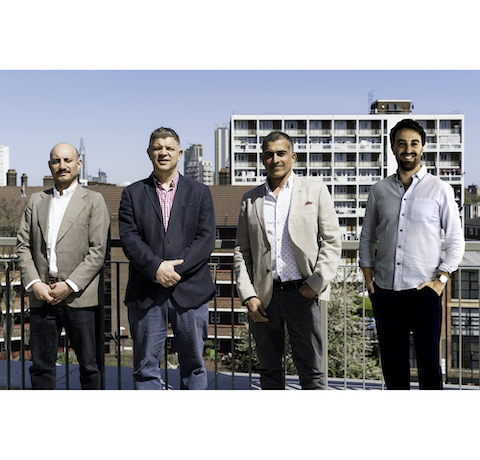 The Association of Rooftop and Airspace Development (ARAD)

A quartet of leading airspace developers have teamed up to create a new organisation “to champion the sector and act as a unified voice for developers and associated stakeholders involved in the development of airspace.” The Association of Rooftop and Airspace Development (ARAD) has been set up by Apex Airspace, Click Above, Fruition Properties and Upspace. It’s an independent, non-profit organisation that promises to promote learning, innovation and development of good practice, while lobbying for its members’ interests and pushing for more airspace projects across the country. 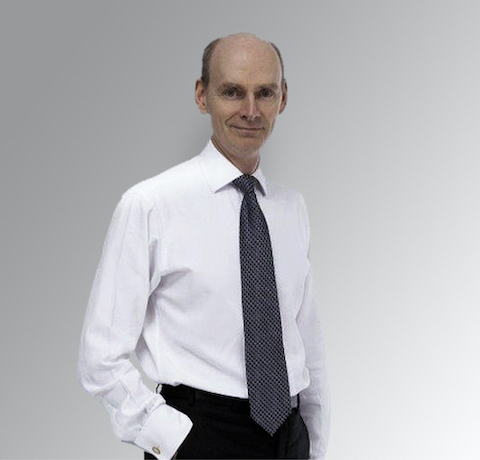 Richard Pennycook – who received a CBE for “services to retail” in 2020 – has been appointed as a Non-Executive Director of fledgling property portal Boomin. He was formerly CEO of The Co-operative Group, credited with saving the business from a tough patch. 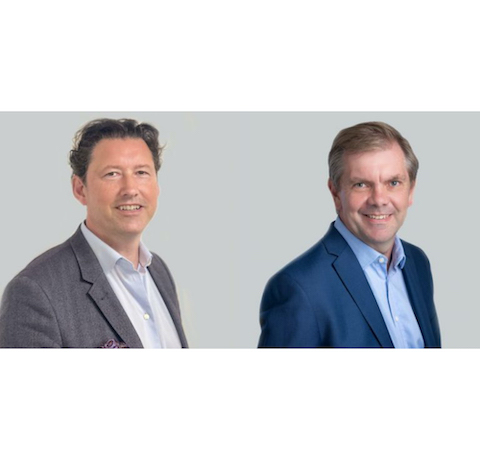 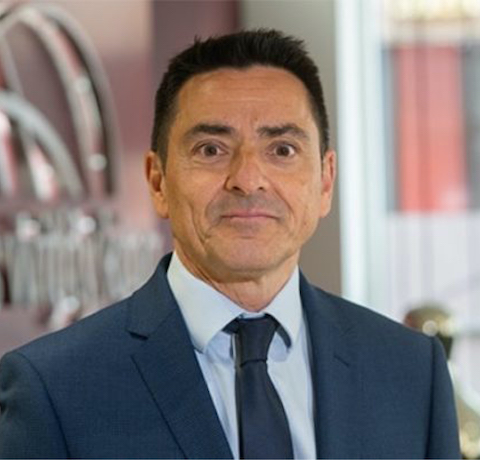 Mark Scott has joined law firm Royds Withy King as a partner in the residential property practice He moves from Blake Morgan, where he was a legal director and head of the London resi property team, having previously been a lawyer at Mishcon de Reya. 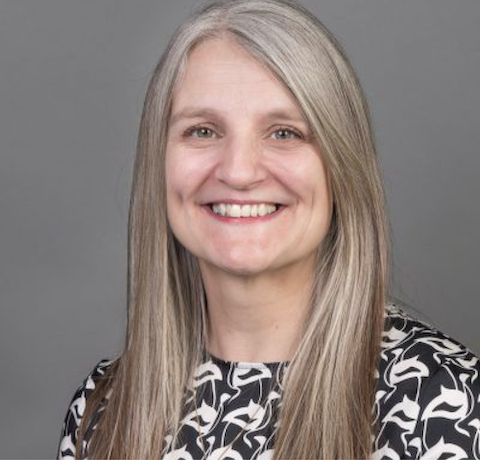 The Conveyancing Association, a trade body for the conveyancing industry, has brought in Nicky Heathcote as its new Non-Executive Chair, taking over from Paul Smee with immediate effect. Heathcote will also continue in her current role as interim Chair of Propertymark. She was previously Chief of Staff at HM Land Registry, and Executive Director of Regulatory Policy & Governance at the Gambling Commission.