Your PrimeResi October 2019 round-up on the latest movements and news shaking up the UK's property sector. Links to all stories can be found at the end of each section. 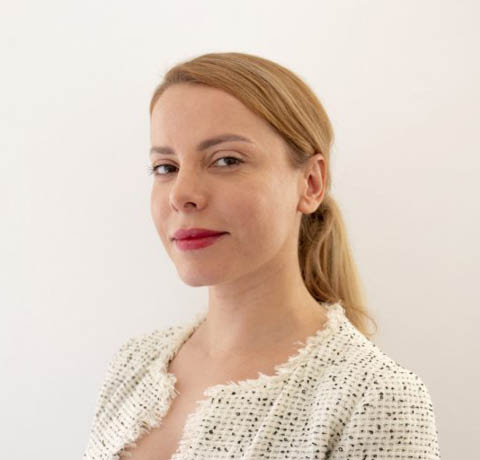 Chestertons has brought in a new manager to run the lettings team at its flagship Hyde Park branch. The latest in a spate of high-level hires at the London agency sees Maya Vershinina take the reins at the Connaught Street base, having previously headed up PCL lettings divisions for KFH and Marsh & Parsons. 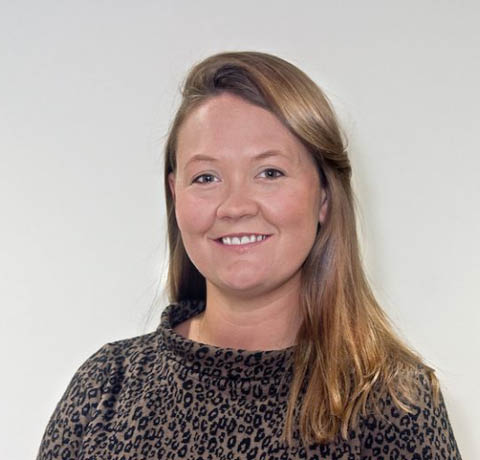 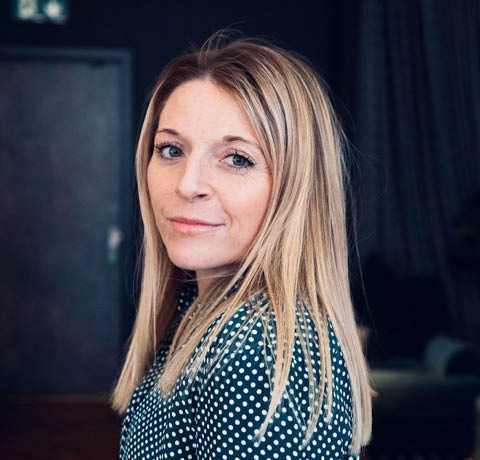 Sotheby’s International Realty has hired Tessa Teichmann to its Surrey-based country homes team, as head of country lettings. Teichmann has spent the last fifteen years working in the rental market across SW London, and as a buying agent in the Home Counties. 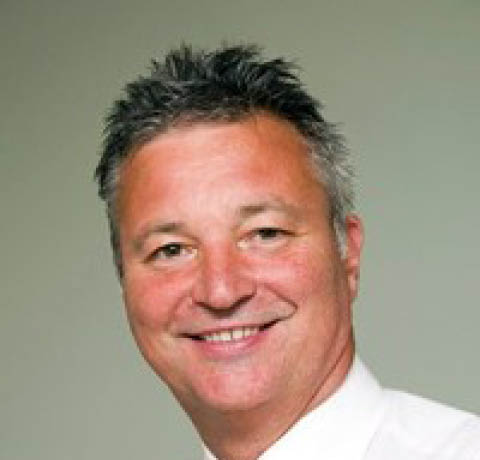 Ex-Knight Frank partner and office head Mark O’Neill has joined hybrid agency YouHome as one of its “Property Gurus”. He’s now covering the Dulwich and Vauxhall patch. O’Neill has spent the last decade with Knight Frank, making partner in Fulham in 2013. He previously worked for Faron Sutaria in London for seven years. 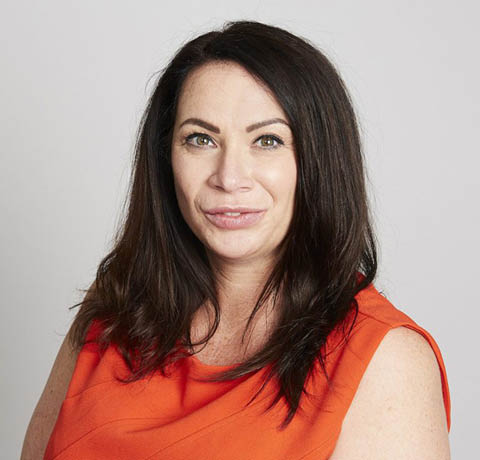 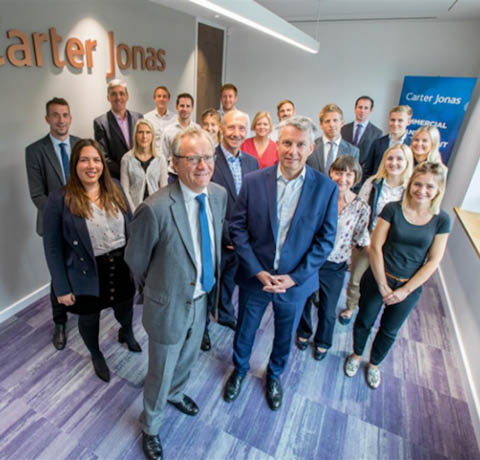 Carter Jonas has completed a rejig of its network in the south west of England, opening up a new central hub in Bristol to support its five existing offices in the region. The agency acquired Bristol-based consultancy Williams Gunter Hardwick in May; the all-new 4,833 square foot operation in Clifton will house 40 team members from across the combined commercial, rural and planning and development divisions, with Andrew Hardwick – one of the founding directors of Williams Gunter Hardwick – in the lead role. 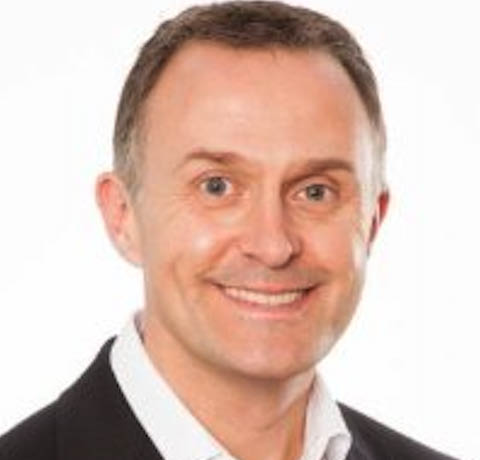 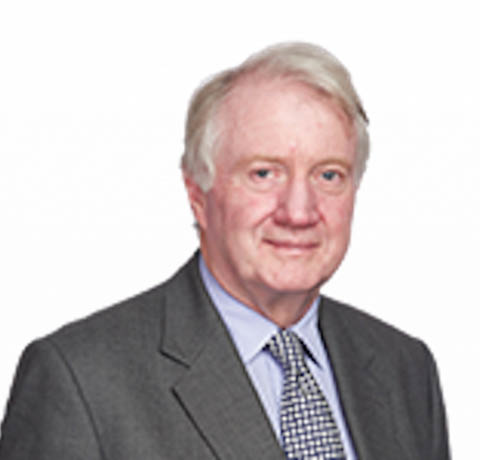 Garry Watts, Chairman of Foxtons Group for the last six years, has confirmed that he will retire “at or before” the company’s AGM in May 2020. He’ll be replaced in the top job by former KPMG man Ian Barlow, currently Foxtons’ senior independent director and chairman of the audit committee. 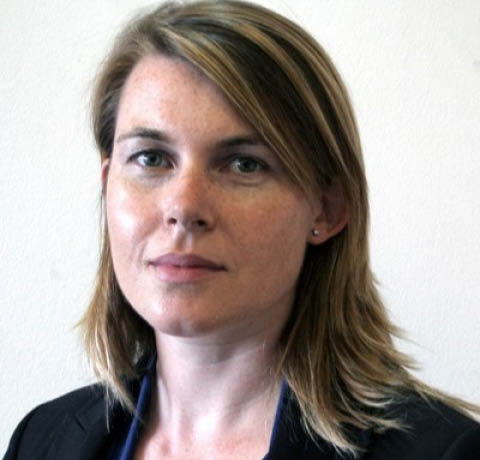 A new franchisee has taken over the Tunbridge Wells patch for Winkworth. Long-term Tunbridge local Natasha Firman has acquired the existing Kent town branch on the High Street. Firman qualified as a surveyor with Knight Frank in 2004, subsequently working for various companies including as a Director at consultancy giant PWC, at Lloyds Banking Group, and at finance/real estate advisors Kelsboro. 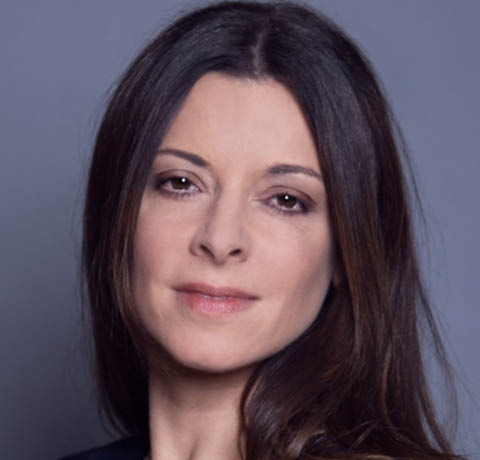 Knight Frank’s independent property search arm, The Buying Solution, has recruited James Burridge to its London team. Burridge joins from JLL, where he worked in the Knightsbridge office for around ten years (originally at W.A. Ellis, which became part of JLL in 2014). Now switched from selling to buying, he’ll be managing London searches up to £4m at TBS. 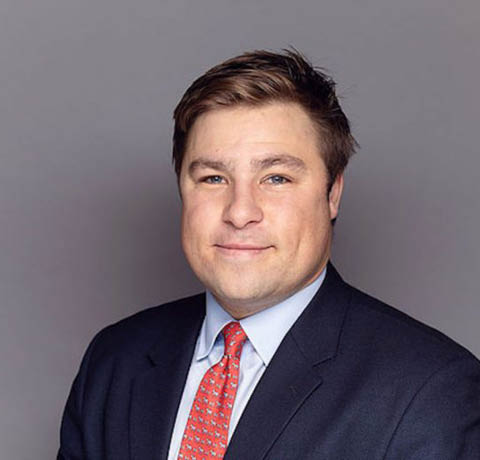 The great-grandson of the founder of estate agency Jackson-Stops has launched his own property business, setting up a new London buying agency called GJS Property. George Jackson-Stops has spent the last seven-or-so years working in sales for various estate agencies in London, including Strutt & Parker (Fulham), Cluttons (Clapham & Battersea) and Winkworth (Brook Green) – but never for the family firm. He’s the fourth generation of Jackson-Stops to work in the property sector, but the only one of these to not go into the namesake business. 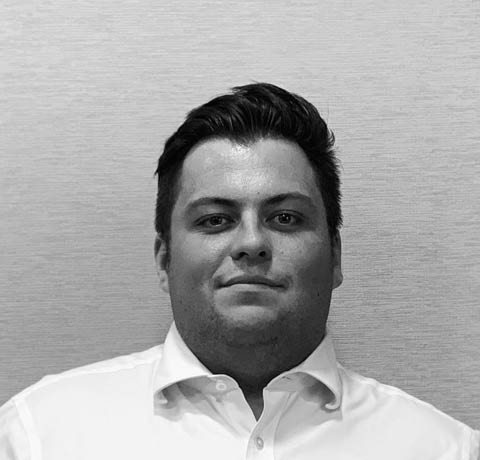 Fledgling buying agency and resi development consultancy Ballantine Percival has expanded into the high-end lettings market, as it gears up to open a brand new “collaborative” studio in west London. The firm, launched last year by former CBRE and Sotheby’s man Jack Ballantine, has recruited Chard’s James Pryor to lead and develop this side of the business. Knight Frank has significantly ramped up its planning offering, bringing on 14 new recruits and relocating the division to the firm’s global HQ on Baker Street. GL Hearn’s former head of planning Stuart Baillie has been signed up to lead the newly-formed operation, with Sarah Hiscutt, Nick Diment and Chris Benham also joining at partner-level. The now-20-strong team, which used to be based in Bristol, is already working on some of the biggest projects in the capital, and will be offering the full gamut of planning services across all asset classes to the agency’s resi and commercial clients. 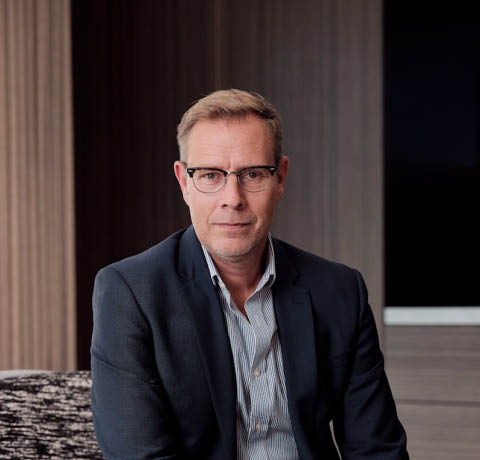 Super-prime developer Northacre has hired ex-Bouygues and Berkeley Homes man Robert Gibson as construction director. He will now be managing the construction of flagship Northacre schemes No.1 Palace Street and The Broadway, which are due for completion towards the end of 2020 and in Q4 2021 respectively. 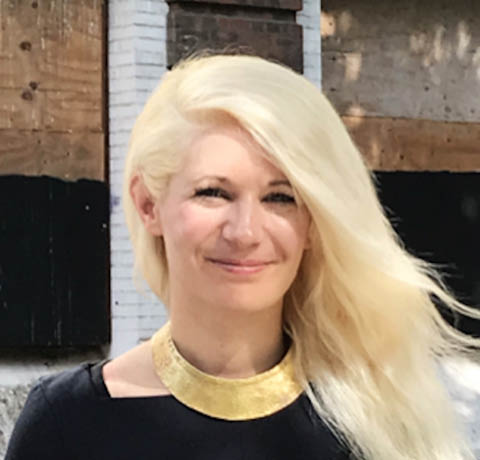 Planning consultancy Iceni Projects has launched a brand-new division to look at very old things on property development sites. Claire Cogar has been brought in from Museum of London Archaeology to lay the foundations and lead a new in-house archeology division. Westminster Council has made some changes to its senior line-up, appointing a new planning chair and creating an additional deputy leader role to help roll out its “ambitious vision for the city”. Tim Mitchell will now be sharing deputy leader duties with Richard Beddoe, while Gotz Mohindra is standing down as chairman of planning, to be replaced by Melvyn Caplan. 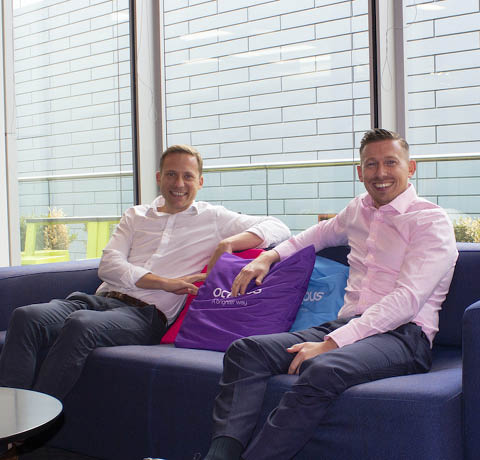 Specialist property lender Octopus Real Estate has promoted its Head of Sales, D’mitri Zaprzala, to a newly-created role, Head of Residential. Dan Murray has been promoted to take over as Head of Sales; he was previously Head of London Sales for the past two years. The firm has also opened a new office in Manchester - its first output outside of London Landmark Information Group, the Daily Mail & General Trust-owned provider of land and property data, has hired two new faces to its senior team. Mark Johnston is now Chief Financial Officer, stepping into shoes vacated by the retirement of David Callcott. Gavin Ray has joined as Chief Product Officer, with a remit to will lead the overall product strategy for the business. 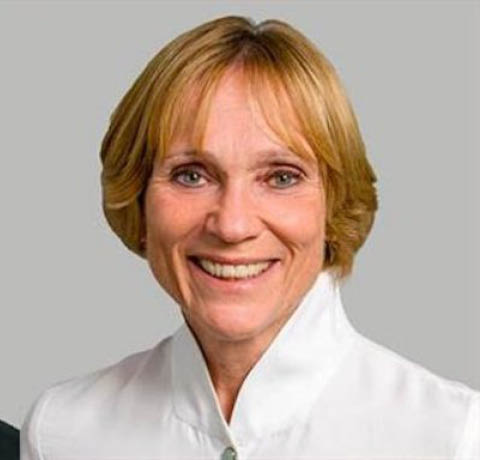 Specialist property barristers’ chambers Hardwicke has named Carolyn McCombe as its new Practice Director. She will take over from Deborah Anderson, who is retiring after over 40 years working with the Bar, on 16th December 2019. 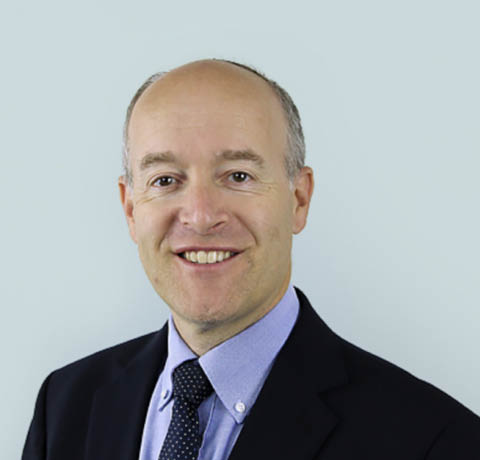 London law firm Kingsley Napley LLP has hired a new partner to its Real Estate & Construction team. Ian Silverblatt has joined the firm from Irwin Mitchell, where he was a partner in the real estate practice for the last three years. He also previously held partnership roles at Thomas Eggar, Pritchard Englefield and Dennis Matthews. 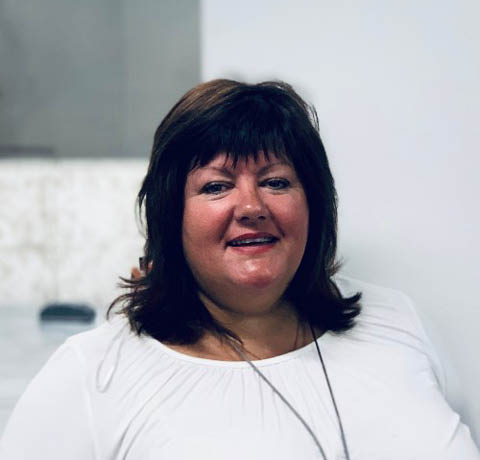 Zoopla’s Sales Director for Corporate and National Estate Agents, Lesley Dunn, has left the company. Dunn had been with the portal since 2011, when she joined as Head of Corporate Accounts. She previously worked at arch-rival Rightmove, spending nearly six years as Major Accounts Manager. Her departure follows a “restructure of [Zoopla’s] corporate accounts team”. This shuffle will see two new senior appointments to the team; names have yet to be announced. 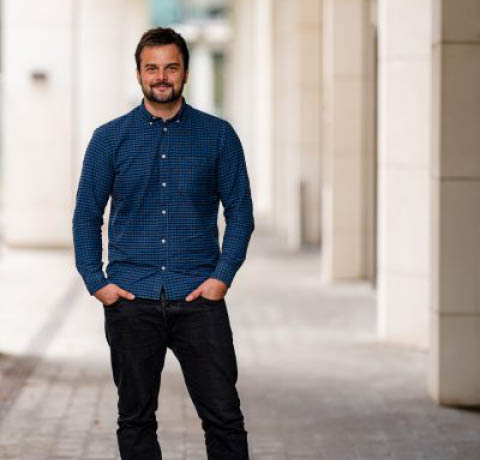 HomeViews, the rapidly-growing “Tripadvisor for property” website, has recruited a new Digital Director from leading travel portal hotels.com. Aneirin Bryan has spent the last decade working in various roles across the Expedia portfolio, and was most recently Head of Global CRM for hotels.com. 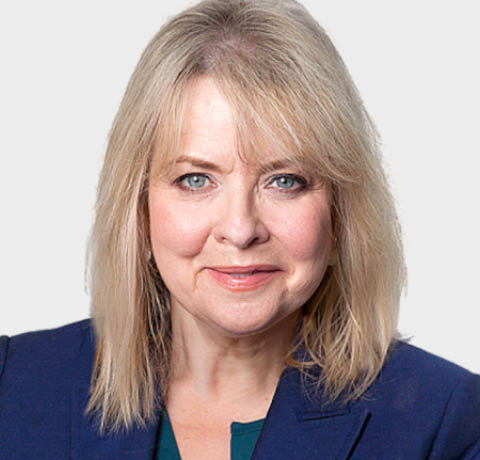 Anne Ashworth, the award-winning boss of The Times’ Bricks & Mortar property section, has left the newspaper after 25 years, 14 of which have been in charge of the property pages. 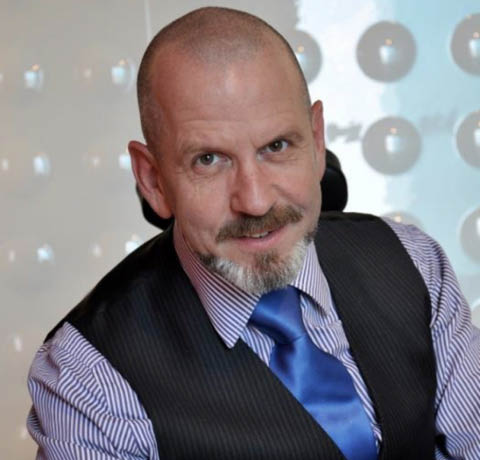 The Society of British & International Design

The Society of British & International Design has picked its Vice President Tom Marquardt to run the show as President for the next 12 months. Marquardt is the founder of Marquardt+ and former Vice President of HOK global interiors. He had been VP of the SBID for the last two years, and has now replaced Diana Celella in the big chair, who succeeded the Society’s Founding President, Dr Vanessa Brady OBE.