Exclusive content on the latest developments in London's new homes market -  we discuss the latest trends, buyer behaviors and hotspots influencing the sector with Adam Challis, Head of Residential Research at JLL.

Click here to watch the full episode, or browse our short clips by topic. 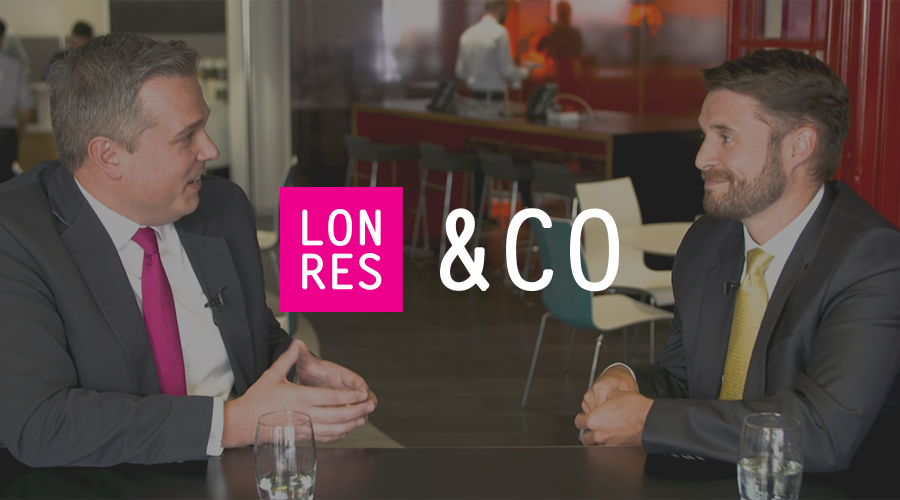 Are you a new homes agent, developer, or agent working in London looking for new build for your applicant? Find out more about ResDev - the latest service to fast-track new build sales. Learn more >

Marcus: Welcome to the latest instalment of LonRes & Company. Here at LonRes, we’ve recently launched ResDev, a service which enables subscribers to list new homes. With this in mind, and to learn more about what’s happening in the new homes market, we’re delighted to welcome Adam Challis, Head of Residenital Research at JLL. Welcome Adam.

Adam: Well it goes without saying that the market’s gone through a fairly turbulent period and we’ve had a succession of challenges from Brexit, and the stamp duty impacts of course, and we’re dealing in what is the most international market in the UK and as a result geo-political and economic issues around the world have all sort of come to bare in some way shape or form. Sounds like an overly negative answer in one sense. I think there’s certainly still activity and there’s still momentum, but buyers are pretty price sensitive at the moment and we’ve certainly seen that show up in performance.

Marcus: And those buyers, have you seen a shift in change to more domestic buyers, or more investor buyers?

Adam: Yeah, I mean I think you get a balance. Of course, when we’re talking about prime London projects, we’re talking about prestige projects, we’re talking about those that appeal to a certain elite anywhere in the globe, anywhere in the planet, and that of course is domestic and often when we talk about prime London we forget the important domestic market and it is a material part of the story in prime London, that is waxed and waned depending on the requirements of internationals and depending on the point of the market at the moment, I think you can that there is clearly some traction coming back in for domestic purchasers. Invariably same point applies, they’re price sensitive, but looking for product that actually in these locations is relatively rare, so when it comes on the market and it’s just that right sort of thing, it tends to do well.

Marcus: In the more sort of mainstream London market, have you seen sort of the change in the types of buyers and what buyers are looking for, impact on what developers are building, or what potentially they might build in the future?

Adam: Yeah sure, and I mean the biggest challenge of course is affordability across central London and wider London, without question, and that has absolutely shaped the buyer behaviour. When we’ve come in at the downturn, you know, prime London at the top of the market was doing 24% per annum, and you compare that with where we now are and it’s a bit more of a flatlining and that’s really a product of that unaffordability of housing. The way that’s influenced supply is of course developers coming out of the downturn focusing on the opportunities in central zones, have now had to shift their attention towards East London, some of the regeneration areas that, frankly have been desperate for new investment – it’s a great thing I think for London, but ultimately trying to identify locations where that lower price point can be achieved and to be able to sell into that broadest way of London demand.

Adam: Well I think feeding on from that point around value, people trying to identify value, they’re looking for those regeneration locations where you can demonstrably see a potential for long-term upside. There’s still a real weighting towards capital growth as a part of the investor decision, for those that are investing, and it’s the regeneration zones that of course represent that longer-term upside. In addition, you can’t forget the big infrastructure improvements, Crossrail being the most notable, adding to that the changes that you’ve already seen with the East London line and the Overground that has shifted some of the attention again, and underpinned some of that attention, to the East that’s important. The final one of course worth mentioning is the Northern Line extension in Nine Elms and, we can almost talk all day about the challenge that Nine Elms has, but there’s no question that that piece of infrastructure has underwritten a huge new wave of activity and growth and of course purchasing activity as well.

Marcus: Fantastic. And finally Adam, in terms of looking ahead to the next 12 months, what’s your sort of outlook for the market and, I know it’s difficult, but how do you think things are going to fair?

Adam: No, look it’s going to be, I think a continuance of a reasonably challenging period, the backdrop of Brexit uncertainty will remain. Everyone will be focused with fervent intention on what Theresa May and David Davis, and so on, what signals we get from the negotiations. And that I think will be the real influencer on sentiment, and it’s sentiment that often drives housing market activity far more than the rational fundamentals. The fundamentals are ok, they’re not race-away growth, of course, we know that there’s weakness economically. But it’s at this stage not expected to move in a material negative way either. So, that for me is a story of relative caution, relative stability, I think for purchasers it means that there will be specific opportunities where, frankly developers need to get rid of units, or maybe improve sales rates. Incentives will be of course a feature of this market for those developers that need to perform., But, overall, it’s a relatively flat market. I guess against that affordability point, that’s probably no bad thing.

Marcus: Great. Thanks Adam, that’s a really good insight into what’s happening in the market.